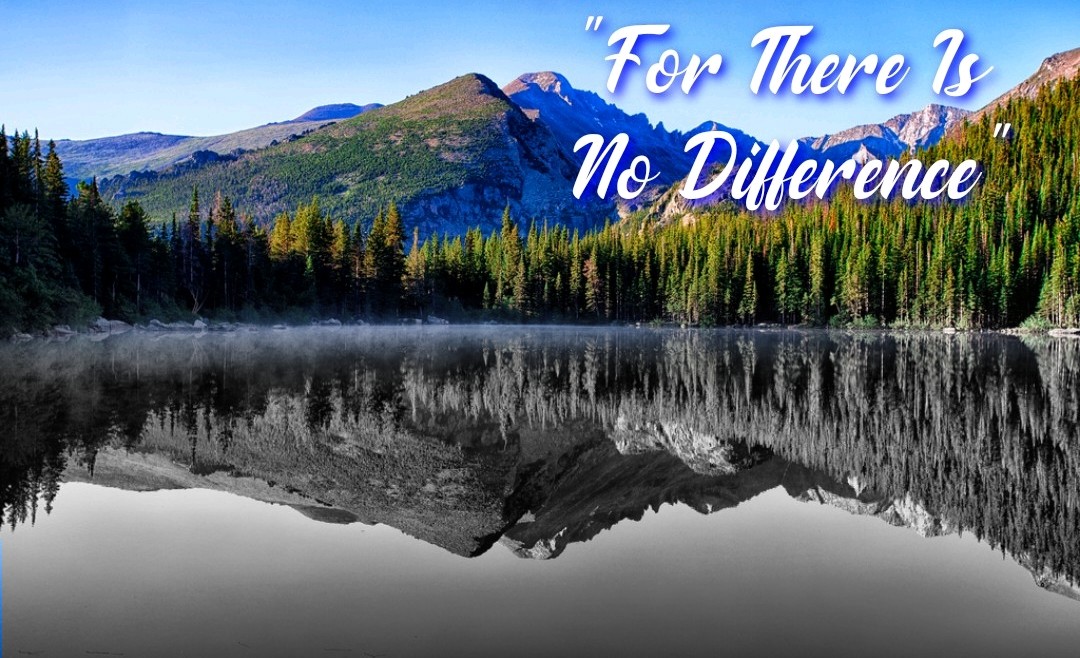 “PENTECOST was an amazingly great, supernatural and significant event that was going to the change the course of human history.”

It was going to change the way God had been dealing with the human race for the last 1500 years.

And it would do so in a way that even the prophets of old couldn’t put their thumb on.

Oh! they knew that something was in the air, out there in the future somewhere.

They could kind of ‘sense it’, but they just could not put their finger on it, even though they “searched diligently”.

“Of which salvation the prophets have enquired and searched diligently, who prophesied of the grace that should come unto you:”

“………..with the Holy Spirit sent down from heaven; which things the angels desire to look into.”

What took place on the day of Pentecost, is indispensably an integral part of our personal salvation experience.

Pentecost has ‘everything’ to do with it.

There is no doubt about that!

And this is what we need to see according to God’s scheme of things and not doctrinal opinions of men.

This could well take an article or two beyond this one to bring the point home.

For this knowledge and understanding is crucial and we do not want cut any corners as far as possible.

So do patiently stay with us as we seek to bring out the real truth.

And also, to set the record straight concerning several existing misconceptions within Christendom.

We’ll cross each bridge as it comes.

What Pentecost Is Not

Pentecost was ‘NOT’ the birth of the Church, contrary to what many of us have been and are still being taught.

It would certainly lead to it, and it did, but that was not when the Church was born.

This is one of the ‘gross errors’ within Christendom, giving way to endless chaos and confusion, leading to deception.

But we will deal with this, qualifying it from Scripture as we move along with this and the following articles.

Before we proceed further, let’s define the word ‘Church’, for there does exist a lot of misunderstanding.

And because this misunderstanding exists within Christendom, it has given a very wrong impression and message to the world out there.

This has sadly resulted in so many shying away and withdrawing from the only relevant faith, which is a harsh truth.

Nobody likes confusion, it’s a very uncomfortable place to be in.

The word ‘Church’ simply means ‘an assembly’, which is derived from the Greek word ‘ekklēsia’.

It is a meeting of a religious community, be it a Jewish synagogue or a Christian community meeting together.

And on this occasion, it is used for a rowdy crowd which were creating a riot.

In [Acts 7:38], Stephen mentions the “church in the wilderness”, referring to the children of Israel under the leadership of Moses.

Once again, it’s that same word ‘ekklēsia’ that is being used here.

It was simply ‘an assembly’ of the Jews coming out of Egypt.

It wasn’t a church as we understand it today.

Christ Jesus wasn’t even going to come on to the scene for another fifteen hundred years at that point.

So ‘ekklēsia’ is a pretty broadband word, hence we always need to carefully see the context to determine its meaning.

For example, the “the Church at Jerusalem’ in [Acts 8:1], it’s referring to the ‘assembly’ of ‘Jewish Believers’.

They were Jews who had recognized and embraced Jesus Christ as the foretold Messiah, and were still ‘under the Law’.

And the Bible ‘NEVER’ refers to them as ‘Christians’, as so many have done and taught, even today.

This is another misconception in Christendom, along with several others, that has violated ‘right division of Scripture’ [2 Timothy 2:15].

There are no apologies in the fact that even the best of theologians got that wrong.

The first time ‘Christians’ are mentioned in the Bible is in [Acts 11:26].

It was when the Apostle Paul and Barnabas were up there in Antioch.

They were those who embraced Jesus Christ as the One Who “died for their sins, was buried and rose again”.

That Jesus Christ was the Son of God, and the promised Messiah, was already a foregone conclusion set in concrete.

Now all this was only ‘after’ Paul the Apostle comes on to the stage of God’s new and final program.

And this new and final program of God dealing with the human race was ‘under Grace’.

The Body Of Christ

In this Age of Grace, according to the mystery revelations given to the Apostle Paul, we have ‘The Body of Christ’.

And this ‘Body of Christ’ is the ‘Church’ today, and has the same Greek meaning ‘ekklēsia’.

And this Church has members, not like the ones that out there are in the denominational churches or assemblies.

This ‘Church’, the Body of Christ, an ‘ekklēsia’, consists of those universal body of believers who have ‘heart believed’ Paul’s Gospel.

And Paul’s Gospel, by revelation, is none other than the Gospel of the Grace of God [1 Corinthians 15:1-4].

These are those who have humbly recognized the fact that they are indeed sinners and need God’s forgiveness [Romans 3:23].

And they have genuinely placed their faith in that, “Jesus Christ died for our sins, was buried and rose again”.

And the moment they believe, they are, by a Sovereign ‘Act of God’, positionally placed into this ‘Body of Christ’.

This takes place in the invisible realm of the spiritual.

This, and ‘THIS ALONE’ makes up the ‘ekklēsia’, the assembly of the ‘Body of Christ’, which is the ‘Church’.

It is this group of universal believers from every nation, tongue and tribe, that are ‘Christians’ according to Scripture.

THERE IS NO OTHER, irrespective of whatever else is out there, that comes under the banner of ‘Church’ or ‘Christian’.

And this Church, this ‘ekklēsia’, which is the ‘Body of Christ’, was NOT birthed at Pentecost.

And Integral Part Of Salvation

What took place on the day of Pentecost, is indeed an indispensably integral part of our personal salvation experience.

But not in the ways that have wrongly been taught and proclaimed, even today.

Much of what goes on today, especially in the area of so-called Pentecostal manifestations, is shallow, misleading, confusing and deceptive.

It makes a mockery of the Holy Spirit of God, because so much of it is Satan inspired.

Satan will always put a spoke in ‘everything’ that God does, so discernment is an indispensable need.

The only way we get it is by rightly dividing the Scriptures [2 Timothy 2:15].

And that is one of the main reasons is why God has also given us the Apostle Paul.

One the great admonishments we get both from Jesus Christ and the Apostle Paul is not to be deceived.

Salvation is personal experience, which means it is just between God and you, there is no third party involved.

It takes place in the stillness and quietness of the heart.

The ‘joy of salvation’ [Psalm 51:12], is real and it may express itself outwardly, and if it does, it would a wonderfully graceful one.

But it is predominantly an ‘inward treasure’.

And this inward treasure is beyond description, it’s that moment when you ‘KNOW’ that you belong to Christ.

‘Believing’ leads to ‘belonging’, which in turn, leads to ‘serving’.

And what took place at Pentecost has ‘EVERYTHING’ to do with these.

PENTECOST was the prophetic fulfilment of a promise of the Holy Spirit made by God through Joel in [Joel 2:28-29].

Peter makes this categorically clear in [Acts 2:16] as he quotes Joel out of the Old Testament.

It was the next great event on God’s Calendar fifty days later, after the resurrection

This promise was made only to the Jew, the nation of Israel.”

It was in perfect accord with the prophetic ritualistic celebrations of the ‘Feast of weeks” prescribed in the Old Testament.

And it was all Jewish, there were no Gentiles there.

Yes, God’s Spirit would indeed be “poured out on all flesh”, but it would begin with the “Jew first”.

And that is exactly what took place on the day of Pentecost in Jerusalem in the ‘upper room’ of [Acts 1:13].

Moments before Jesus Christ ascended back to heaven, instructed His disciples to wait for this prophetic Promise [Acts 1:4].

Various denominations of Christendom have wrongly coveted this event which belonged exclusively to Israel at that time.

Even Israel, ‘today’, in this Age of Grace does not get to covet that, which God promised them in the Old Testament.

When it comes to Jew and Gentile today, “there is no difference”, and has not been so since the last 2000 years.

Paul, God’s Hand-picked Apostle, for this Age of Grace, makes this very clear by ‘direct revelation’ from the Ascended Lord.

Therefore, in the same breath he can say, “for the same Lord over all is rich unto ‘ALL’ that call upon him” .

And the word ‘ALL’, means exactly what it says, without exception.

That includes the nation of Israel, and they too must enter by none other than Paul’s Gospel alone [Romans 2:16].

There is great simplicity in this great truth, because of “such hope we have”, it is written with, “great plainness of speech” [2 Corinthians 3:12].