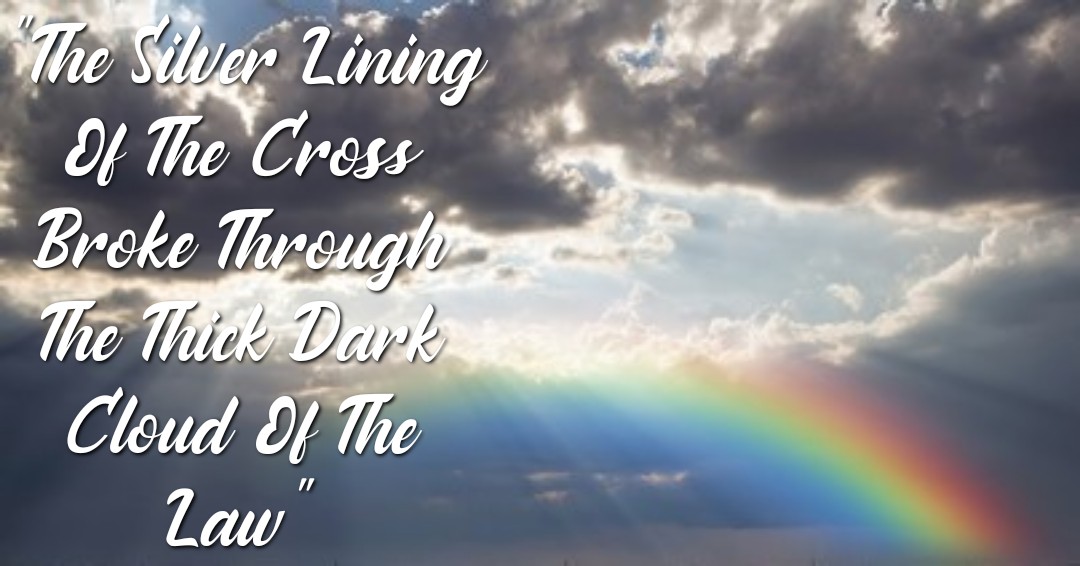 “The Truths of Scripture in this Age of Grace are at ‘Ground Zero’ level.

Though they are Ecclesiastically Divine in essence, every one of them is a ‘Ground Zero’ reality.

These abstract ‘Ground Zero’ truths are of intrinsic nature and of indispensable quality, which determine their character.

They are void of any emotion whatsoever, and hence can never be shaken like reed in the wind.

They are both ‘rock solid’ and ‘solid rock’, which have withstood the most violent storms and tests of time.

These ‘Ground Zero’ truths will bow to nothing, and there is no power in hell that can compromise them.

They relate to every man, at every hour, every day, in every way, in every circumstance and every time.

Every man, irrespective of his background, caste, colour or creed is an object of God’s Endless Love without reservation.

Because of what Christ Jesus, God’s Son accomplished on the cross, He could ‘judicially’ release His unlimited and unconditional Grace.

The cross was a Judicial ‘Act of God’.

It fully satisfied every demand, of every jot and tittle of the Law, which could only condemn every person.

The Law had no saving power, ability or grace.

It was a thick dark cloud with no silver lining and a sword of fearful condemnation, hanging over every man’s head.

All the Law could do and still does today is show us just how fallen we really are.

However, in the very same breath, Scripture in the next [verse 24], tell us:

“Being justified freely by His Grace through the redemption that is in Christ Jesus”.

This one short ‘breath of Scripture’, contains the problem and the solution, which is being revealed and proclaimed by heaven today.

The verdict of ‘GUILTY’, being instantly reversed and followed by ‘NOT GUILTY’.

It’s the wind of The Spirit of God blowing us out of hell, irrevocably into the safe Arms of Heaven.

This is the ‘Ground Zero’ truth of this Scripture Divinely orchestrated by Heaven.

It takes away the ‘death penalty’ of sin, transferring us into the glorious Kingdom of untold liberty and freedom [Colossians 1:13].

And all because only the cross bore the guilt charge of condemnation for every human being, past present and future.

The cross is God’s indisputable, unconditional legal pardon for every human being, which is appropriated by faith and faith alone.

There is nothing so complicated about understanding that our sin debt has been paid in full.

When one’s debt, in any area of life, be it financial or anything else, is paid in full, it sets them free.

Not In Heaven But On Earth

This judicial ‘Act of God’, didn’t take place in heaven or somewhere out in the cosmos.

It was carried out publicly before the eyes of sinful men on earth.

God, the Creator and Judge of the universe, in the Person of the Son, took ‘our judgment’ upon Himself.

It was all planned in heaven, but divinely executed on earth [Acts 2:23].

And having paid the price in full, it now had to be validated by heaven.

The Divine Executor Who executed His plan, now had to prove that it was a genuine and authentic execution.

And that is exactly what happened on the Sunday Easter morning, three days later.

Christ Jesus rose up from the grave.

The resurrection proves beyond any shadow of doubt, that our sin debt was indeed, ‘paid in full’.

Though He was the Begotten Son of God, but was not declared so by heaven, ‘NOT’ until the resurrection [Acts 13:32-34].

All that the cross accomplished, hinged on the resurrection.

It was the resurrection that officially declared Him to be the “Son of God”, and not His birth in Bethlehem.

Scripture in [Romans 1:4], speaking of Jesus Christ, clearly shows us this.

“And declared to the Son of God with power, according to the spirit of holiness………”.

On what basis was this declaration by heaven made?

“……….By the resurrection from the dead”.

This in fact was and is even today, the greatest indisputable event in human history.

The Gospel Birthed At Ground Zero

The death, burial and resurrection tangibly took place at ground zero level giving birth to the greatest message of all time.

‘The Gospel of our salvation’, as revealed to none other than Paul, the Apostle of the gentiles, for us today.

How that “Jesus Christ died for our sins, was buried and rose again according to the Scriptures” [1 Corinthians 15:1-4].

This is the ‘Ground Zero’ truth message of salvation, for ‘whosoever’ will believe, which is the only criteria.

And the door of entry is right there before us at any given moment of time.

When Jesus Christ spoke of the sheep and the sheepfold, the entrance into the fold was at ground zero level.

And it is exactly the same today.

There is no religious pilgrimage of crossing the stormy seas and climbing the highest mountains required.

The Sin Offering of Genesis 4

When God was dealing with Caine in [Genesis 4:7], the word ‘sin’ in there, is actually Hebrew-translated as ‘sin offering’.

So what God was really saying to Caine was this:

“If thou doest well, shalt thou not be accepted? And if thou doest not well, sin (a sin offering) lieth at the door……”.

And that is exactly where our salvation, with Christ being our ‘sin offering’, lies today, it’s at our very door.

That’s is a ‘Ground Zero’ reality!

The sacrificial finished work of the cross has mastered (overcome) all sin, placing us under God’s umbrella of Grace.

That is why the Apostle Paul clearly says by direct revelation from the Ascended Lord in [Romans 6:14]:

“For sin shall not have dominion over you: for ye are not under the law, but under Grace”.

It can no longer be our master for Christ has mastered (overcome) it on our behalf.

The sacrificial death of God’s Son on the cross became the silver lining surrounding the thick dark cloud of the Law.

And His resurrection from the grave broke through it!

We don’t need to know the higher and deeper doctrines of Grace to get salvation.

Those are things we learn along the way, having once entered into God’s salvation.

We just need to hear and heart believe the message, the Gospel of our salvation.

How that “Jesus Christ died for our sins, was buried and rose again according to the Scriptures.”

Through The Apostle’s Pen

All these revealed truths are at ground zero level, and come to us ONLY through the pen of the Apostle Paul.

It’s why we continue to stress on the indispensable apostleship of this one man.

He alone is the instrument that God used to usher in this amazing Age of Grace we currently find ourselves in.

He is the man who holds the keys to the Kingdom, with the revelations of the hidden mystery.

The Old Testament prophets knew nothing about them and neither did the twelve Hand-picked Apostles of Christ Jesus.

For they were, “the revelations of the mystery, which was kept secret since the world began” [Romans 16:25].

It was to this man alone, the Apostle Paul, to whom the entirety of the mystery revelations was given.

Paul is the man the Holy Spirit expressly admonishes us to follow.

And a bit further on, Paul writes:

When Scripture mentions or repeats the same thing twice, it does so with the purpose of ‘emphasis’.

That is what you often hear from many within Christendom, referring to Christ’s earthly ministry in Matthew, Mark, Luke and John”.

Well, God bless their hearts, they mean well, but they are not thinking!

The fact is, that if we do not follow Paul, then we are in danger of being “tossed to and fro”.

And we ‘will’ be “carried about with every wind of doctrine by the sleight of men and cunning craftiness”.

Paul Not our Saviour

Paul is not our Saviour or object of worship, only Jesus Christ is.

When we follow Paul, we are not deifying him.

We are simply following the instructions for us given to him by the Ascended LORD in glory.

Paul is the only one who has them and no one can’t argue with that.

So, when the Scriptures tell us to follow Paul, we are indeed following none other than Jesus Christ Himself.

And we are following Christ according to His Heavenly ministry ‘under Grace’, rather than His earthly ministry which was ‘under the Law’.

That is the difference, which is a big one, and there is absolutely ‘NOTHING’ that is missing in Paul’s epistles.

Paul became a servant of the Church by ‘God’s commission’, which was given to him for us, “in order to complete God’s Word” [Colossians 1:25].

Every word that Paul writes in his epistles are the very words of Christ Himself from His place of Ascension.

Even Peter, the Apostle of Jews recognized this, when he wrote his final letter to them in [2 Peter 3:15-16].

Paul is ‘the pattern’, the Ascended Lord in Glory has given us to follow [1 Timothy 1:16].

Speaking of himself in [1 Timothy 1:13], the Apostle Paul writes:

“Who was before a blasphemer, and a persecutor, and injurious (a violent aggressor): but I obtained mercy………”.

Paul was the ‘first’ recipient of God’s Amazing Grace in this newly instituted dispensation of the Age of Grace.

That makes him the ‘first’ member in the ‘Body of Christ’.

“……Jesus Christ might show forth all longsuffering as a pattern to them which should hereafter believe on Him to life everlasting.”

Paul is the ground zero reality of what it means to be a recipient of God’s Amazing Grace and follow Christ.

The Next Great Event

The next great event according to God’s calendar after the resurrection was Pentecost.

There is much that various denominations of Christendom have coveted and taken out of context from Pentecost.

We will address these in the next Crumb to follow shortly.

Keep in mind, the theme of these series of articles, which is a ground zero truth of Scripture. 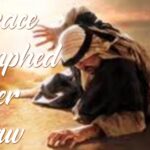