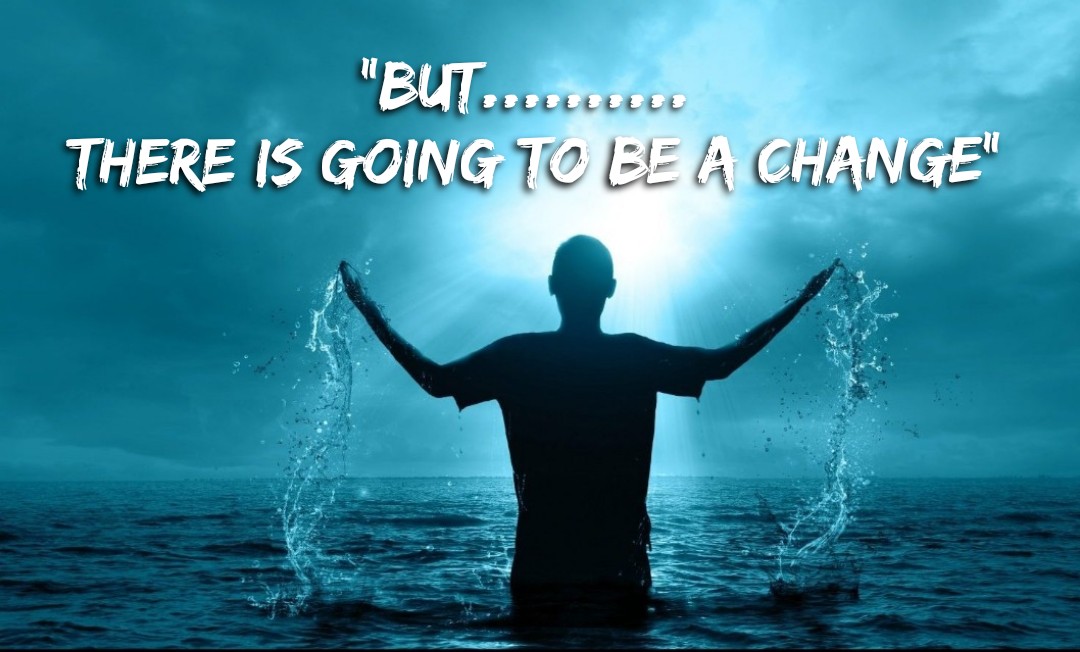 Questions such as, “do we need to be baptized in water for the washing away of sins?”

“Is Water Baptism a requirement and necessity in order to be saved?”

“Does the act of water Baptism complete and seal our salvation?”

For many of us have been told that salvation is ‘incomplete’ without being baptized by a full immersion in water.

And that in turn has brought about frictional differences between various Church denominations as to the method of water baptism.

The main dog fight has been ‘immersion vs sprinkling’.

The Charismatics and the Pentecostals say, “sprinkling is no good, it has to be a full immersion”.

Their religious tones will be distinct as they quote all the Greek words they can muster up.

And this raises the ire of the ‘sprinkling denominations’ who respond by saying, “they don’t know what they’re talking about”.

And so, the duel carries on!

The need for water baptism and everything related to it has thrown up endless arguments and controversies.

With all this sledge-hammering going on, a long time ago I decided not to take any chances.

So, I took both the courses of sprinkling and immersion.

Now with two Water Baptism efforts, surely, I should be safe now, or so I thought, or shouldn’t I?

That’s a good question too.

So just how much is of all this ‘Water Baptism’ in this Age of Grace, spiritual?

How much is all of this doctrinal and how much of it is traditional?

Does Water Baptism have a role in God’s Blood bought Salvation, or does it not?

With all the confusion out there, these are all valid questions and they do need to be addressed.

And in order to do so, we need to come back to that well-known ‘Biblical yard-stick’ question that Paul famously uses.

“What Saith The Scripture”?

Taking an average of all the traditional, theological, denominational and personal opinions, we seem to have this conclusive bottom line.

“If have you have not had a water Baptism, you are not really saved.”

But now, that throws up the question, “what do you mean by, ‘not really saved’?

You are either saved or not saved.

‘Saved or lost’, would be the Biblical way.

For there is nothing else in between.

And that is the true reality of our spiritual status.

For after the day is done, that is all that’s going to matter as far as our eternal destination is concerned.

The most well-known statement is, “Water Baptism is an outward declaration of our inward faith”.

It sounds spiritually good, but the problem is that Scripture does not back up that statement.

So that makes it a human opinion.

And then the question would be, to ‘who’ or ‘whom’ are we supposed to be making this declaration?

Really? Frankly, the world out there does not care, for it is caught up in its own world!

And if it is to this uncaring world, it’s certainly not our water baptism that’ll influence them.

But rather the way we conduct our everyday lives in every area, ‘without’ being judgmental towards others.

And for the most part, we have failed there too.

According to Paul, our God-given apostle to the Gentiles, the world out there, have their eyes blinded by Satan.

Or else they would all be saved [2 Corinthians 4:4]

Is this water baptism ‘outward declaration’ for the benefit of the devil?

I along with many others, don’t think so.

Satan has no problem with the ritual of water baptism, and for us to believe that our eternal salvation lies there.

Innumerable water baptized folks are out there on the broad-way.

I was one of them!

So that rules Satan out of the “picture of declaration”.

Now, if not to the world, and not to Satan, then we guess this outward declaration must be to Heaven or God.

But then, both heaven and God have already accepted your declaration the moment you believed in the Gospel.

That, “Jesus Christ, died for our sins, was buried and rose again on the third day according to the Scriptures” [1 Corinthians 15:1-4]

The Power Of God

This Gospel is the ‘power of God’ to save anyone who will just simply ‘believe’. [Romans 1:16].

And not anything else that people think or assume should be there.

For that is where it’s all gone wrong.

Believing with the heart is the only requirement.

Or does God need something else too, like Water Baptism, or anything else to confirm or complete it?

Because if HE does, then that would make the  ‘sufficient’ finished work of the cross ‘insufficient’ and incomplete.

And that would mean we are then treading on very thin ice indeed.

But as we have seen in the last Crumb, ‘THE CROSS IS SUFFICIENT’ indeed.

And we are certainly not treading on thin ice, but rather standing on ROCK-SOLID ground.

That takes us right back to [Matthew 3:11], where John the Baptist has stepped out on to his mission field.

We will see that the language and content is exactly the same.

“I indeed baptize you with water unto repentance”, said John as he makes his opening statement in [Matthew 3:11].

He is addressing only Jews. There are no gentiles on the scene here.

Now this water baptism that John was doing wasn’t anything new to the Jews and Israel.

No one questioned John, “what’s this new thing that you have started?”.

For it was all part of their Jewish ritual and customary ceremonial washing.

What Peter said in [1 Peter 2:9], was referring to ‘this promise’, for his epistle was written to the ‘scattered’ Jews.

And todays Church does not get to covet this, as has been wrongly taught.

This was and still is, ‘only for Israel’.

“I indeed baptize you with water unto repentance”, John had said.

And as he continues, his next word, is going to be a HUGE ‘key word’, signifying a change.

“BUT”, implying “there’s going to be a change”.

“BUT he that cometh after me is mightier than I, whose shoes I am not worthy to bear;”

And now the change, speaking of Jesus Christ, “He shall baptize you with the Holy Spirit, and with fire:”

And there is going to be no water in this baptism.

A Book of Transition And Change

The Book Of Acts is not a book of doctrine, but one of transition and change.

And that transition is a change of program and operations and dispensation or administration.

What God had for Israel, ‘under the law’ was now to make a transition to the Gentile Church age ‘under Grace’.

And this change did not take place instantly or overnight, it was a very gradual process.

The Book of Acts, consisting of twenty eight chapters, is forty years in length.

The first eight chapters are predominately Peter preaching to the Nation of Israel about their spiritual condition.

Remember they had sent their Messiah to the Cross, and Peter is not going to let them forget this.

“Whom you crucified”, is going to be his constant charge against the nation.

For the first 7-8 years it’s God still dealing with the Nation of Israel.

And Gentiles are not in the picture in any way.

God is still going to pursue Israel with His valid, but conditional offer of His Kingdom on earth as promised.

Israel as a nation had to repent of their sin of crucifying their foretold Messiah.

And they would have to prove that repentance by water baptism, for the remission of sins.

Then, and only then, would they be given the gift of the Holy Spirit.

This was Israel’s deal, which is found in [Acts 2:38] and there was nothing here for the Gentiles whatsoever.

How on earth did Christendom manage to lay claim to this deal, and make it their salvation and water baptism doctrine?

Speaking With The Eleven

Now in [Acts chapter 1 and verses 4-5], we see the ‘Resurrected Lord Jesus Christ’ speaking with his eleven disciples.

Judas Iscariot, who was one of the twelve, is no longer with them.

Jesus Christ has commanded them not to leave Jerusalem, but to wait for the promise.

And then He tells them:

This was the same message that John the Baptist, was giving his Jewish audience.

“Jesus, The Christ”, he says, “is going to baptize you with, or into, the Holy Spirit”.

As we read this verse we find  that Jesus Christ is going to be ‘The Baptizer’.

And He’s going to baptize the Jews with or into the Holy Spirit.

So we can call these Jews the ‘Baptizees’.

When did Jesus Christ do that?

Well, at Pentecost, which was a Jewish feast day.

And this was in also in fulfilment of the Joel prophecy for them [Acts 2:15-18].

The Holy Spirit came down with power on the hundred and twenty in the upper room.

And it was the Jews valid offer again to experience that power of the Holy Spirit to do what?

Miracles, signs and wonders, as Jesus Christ had done during His three years of earthly ministry.

What Christ had been doing for three years, they could just literally carry on as individual believing Jews,

This was the Nation of Israel’s prospect.

And how would He manifest it?

By placing them into the very power of the Holy Spirit.

And this is exactly what Jesus Christ meant in [Acts 1:8], when He said, “But ye shall receive power”.

So that was the whole concept, that Jesus Christ would be ‘The Baptizer”, and Israel would be the one being baptized.