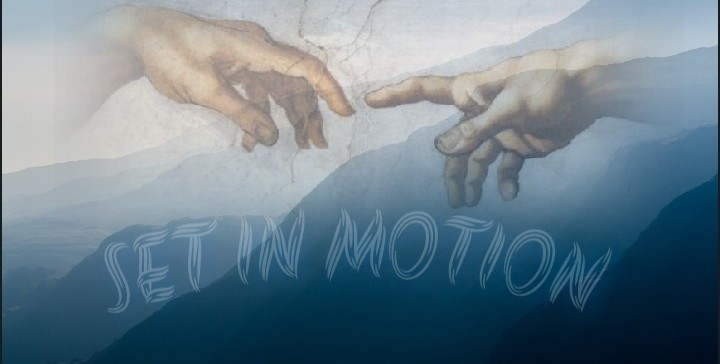 “The Bible is a book of ‘progressive revelation’, which is God’s unfolding plan of redemption and salvation for the entire human race”.

This concept of ‘progressive revelation’ is something that Christendom for the most part has not really comprehended nor come to terms with.

“When something is progressive, means it happens or develops gradually or in stages over a period of time”.

The whole idea of being progressive is that there is an ultimate goal in mind; hence there is a plan, purpose and method.

And we know that this entire concept of ‘progressive’ is something that is applicable to every single area of our lives without exception.

What is here today has come out of what was there yesterday, be it good or bad, known or unknown, voluntarily or involuntarily.

And what will be there tomorrow will come forth out of what is here today.

And this progressive journey will continue till that specific place of where something needs to reach has finally reached.

So every progressive journey or undertaking will have an end point, beyond which it can’t or won’t progress any further.

For it will have reached its desired goal to effectively perform or carry out whatever it needs to.

So this whole concept of something that is progressive is universal in its application for both good and bad.

A Need to Know Basis

When a master plan is set in motion towards a desired goal, it all operates on a ‘need to know’ basis.

It is all one progressive step leading to the next one.

Nothing is ever made known all at once. It’s how everything in this world operates and the reasons could be several.

One of the major reasons would be “protection” of the master plan. Competitors or enemies will always look to put a spoke in the wheel.

There are several other reasons, but this is the one we primarily want stay with for our theme in this article.

Creation Above All Creations

In the entire history of eternity, if there is such a thing, the creation above all creations, was the creation of man.

Yes indeed, “The HEAVENS declare the Glory of God and the firmament showeth His handiwork” [Psalms 19:1].

Man is the only one of all of God’s creations that bears His Image, for in the image of God was he created [Genesis 1:27].

The currency coins may bear the images of the Caesars, but only man bears the image of the All Supreme Creator of the universe.

And that is something that is way beyond our human comprehension.

That is why it astonishing to see how man can stoop to such levels of creating his own gods of animals, birds etc. And on top of that he bows to them in worship.

We have not evolved from monkeys, but the devil has certainly made monkeys out of us.

And the most intelligent and most intellectual of men have fallen for his religious trap.

Not so intelligent after all!

When Adam and Eve sinned and fell short of God’s Glory in the Garden of Eden, God immediately set in motion, His plan of redemption.

This was not just for Adam and his wife, but also for the entire human race that were to come forth through their loins.

For Adam and Eve were to be the progenitors of the whole human race, and each one would be born inherent with that sin nature.

Paul the Apostle of the Gentiles clearly shows us this in [Romans 5:12].

“Wherefore, as by one man (Adam) sin entered into the world, and death by sin; and so death passed upon all men, for that all have sinned.”

So this spiritual cancer called ‘sin’ was going to permeate every single human being individually.

And this in turn was going to have terrible and adverse effects and consequences on the rest of creation as well.

This fall, which gave way to the curse, would affect all plants and animals, both on the ground and in the waters.

“Survival of the fittest”, manly as it may sound, is because of the sin curse, and was never originally a part of God’s plan.

So that cliché isn’t really that ‘cool’ as it sounds or made out to be.

Every single one us are eye witnesses to these adverse and consequential effects.

Whether we believe it or not, accept it or not, the harsh reality of the truth is that “sin is the sole reason”.

And this ‘sin’ is an integrated and ‘woven in’ part of our human nature.

And what’s more is that there is absolutely nothing anyone can do about it, for there is no human remedy for it.

Certainly not religion, as billions have been led to believe. All that religion does is cosmetically cover it.

In reality religion has brushed this sin problem under the carpet, for it has no clue or remedy to deal with it.

And when the day is done all the religions in the world put together, will send man straight to the pits of an eternal hell.

For sin truly is the deadliest disease on the planet and nothing else comes even remotely close.

The Word Of Promise First

However, before God set this redemptive plan in motion, He ‘first’ gave the relative ‘Word of prophecy’.

This Word was His promise, concerning this all encompassing and ‘all sufficient’ redemption.

We find throughout the entire Scriptures, that God ‘never’ does anything without declaring or promising it first.

And He always declares the end result, which is one of His amazing attributes.

God always declares the end from the beginning [Isaiah 46:9-10].

And because God and His Word can never be separated, for that is Who He is, His declared Word can be totally trusted.

“It shall not return unto me void, but it shall accomplish that which I please, and it shall prosper in the thing whereto I sent it.”

The Word Sent Forth from Eden

That is exactly what God did here in Eden after Adam and Eve, being tempted of Satan, fell into sin.

It is the very first Word of prophecy in the Bible and is found in [Genesis 3:15].

“And I will put enmity between thee and the woman, and between thy seed and her seed; it shall bruise thy head, and thou shalt bruise his heel.”

Now when we look at this Word in isolation, we can’t make anything out of it!

On it’s own it’s makes no sense to us for the language is veiled.

We can’t tell that this Word of prophecy is going to entail a four thousand year process of time.

Four thousand years is a long time and would make one wonder, “why so long?”

It is because God is going to have to work through the free choices of men and nations.

And this is beyond our comprehension.

However, because of “progressive revelation” through the Bible, we are able to understand that this prophecy spoke of the cross of Christ.

For it was finally on the cross that this Word of promise and prophecy came to total fruition.

“The secret things belong unto the Lord our God”, says the Scripture in [Deuteronomy 29:29]”.

“But those things which are revealed belong unto us and to our children for ever, that we may do all the words of this law.”

God in is His strategic Wisdom and Sovereignty reveals things in time as and when He wants to on a “need to know basis”.

Nothing more and nothing less!

God, Who is eternal and timeless, is also the God of time.

And since He is the God of time He can ‘hide’ things in time that He wants to keep hidden.

And then reveals them whenever He is ready to reveal them.

That’s why we maintain the only way one can understand Scripture is to get the concept of it’s “progressive revelation”.

God doesn’t tell us everything here in the Book of Genesis, but reveals things as we come up through time.

So we must approach all Scripture with this attitude.

It was only after God gave His Prophetic Word and promise of redemption that He clothed Adam and Eve.

It is interesting to note that up until this point Eve was referred to as “woman”.

It is only in the above Scripture that she for the first time was named ‘Eve’ by Adam.

So we need to stop and think about what this Scripture is saying.

We don’t know how long Adam and Eve were in the Garden of Eden, because the Bible doesn’t tell us so.

We wouldn’t have the slightest idea.

But however long they were in the Garden, Adam never had a name for his wife. She was called the “Woman”!

But now after sin entered, and after the curse has come down, the woman is named.

If You Eat You Die

Now all Adam has been told from the Scriptural account in [Genesis 2:17] is, “in the day he would eat of that tree, he would surely die.”

But now Adam comes back and names his wife, Eve, which meant “the mother of all living”.

Now what does Adam understand?

That even though he has sinned, and lost fellowship with God, God must have told him something that he ‘believed’.

And what was it?

That he’s going to live, and have children, and the whole human race is going to come from him and his wife Eve.

Now we really have to think about this to get the whole picture.

What is really involved here?

God told Adam that this is the way it would be.

And what did Adam do?

Taking God At His Word

So here in [Genesis 3:20] is the first instance of FAITH, which is “taking God at his Word”.

By faith Adam ‘believed’ what God said concerning him and the woman, so he named her “the mother of all living.”

Now Adam’s faith prompted God to do something.

Adam shows that particle of faith that he ‘believed’ what God said.

And then God moves in and does what needs to be done in [Genesis 3:21].

“Unto Adam also and to his wife did the Lord God make coats of skins, and clothed them”.

Once again here, with benefit of “progressive revelation”, we understand that God slayed and shed the blood of an innocent lamb”.

The ‘shed blood’ was the price paid for their fall, and the skin clothing represented God’s imputed Righteousness on them.

For, “without shedding of blood is no remission” of sins [Hebrews 9:22].

Today, when the Spirit of God prompts us to believe Paul’s Gospel of Grace, and we respond, then God moves in on our behalf.

And then He does everything that needs to be done for us to have eternal life.

And that is exactly what God does back here with Adam.

God set in motion His plan of redemption for every single human being that was to follow. 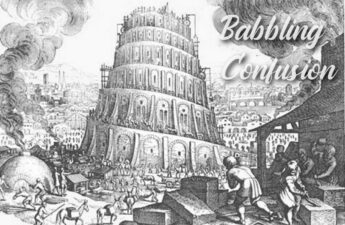 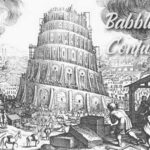