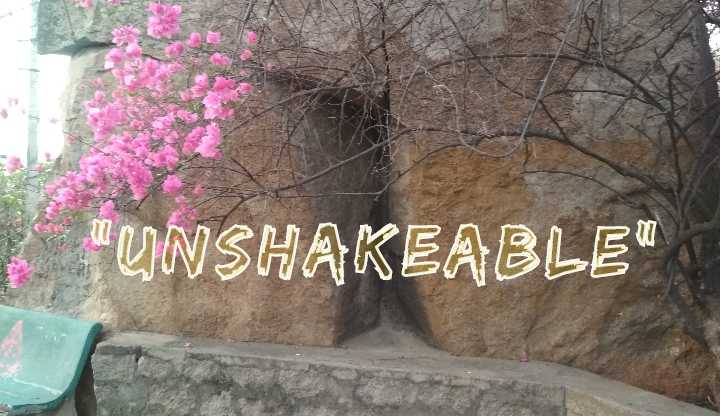 “Foundation” is a very BIG WORD which is not just Biblical, but totally universal in its essence and application”.

“Foundation” is the very structural core for anything and everything, both seen and unseen, that is of lasting meaning and value.

It is the very structure, on which we build on, pertaining to every single area of our lives.

And more importantly that “Foundation”, securely holds together everything that is built on it.

We all need a foundation to securely build our lives on, for without it we are like a ship on a tumultuous sea without a sail.

We then have an obligation and a duty to strongly and vigilantly, guard, protect and preserve that foundation.

For if that foundation is violated, shaken or destroyed, then everything collapses like a pack of cards.

We all know that it takes years to build something especially that which is of intrinsic value and meaning.

And in a blink of an eye, it all falls apart when its foundation is grossly violated.

A World Without Foundation

The harsh realty is that today we live in a world, for the most part, which has no foundation any longer.

The average person lives in confusion, fear and uncertainty.

Nobody is able to trust anybody else any longer.

Oh we’d like to, but we either can’t, or rather, even dare not.

And the hard truth is that we have mercilessly destroyed every meaningful foundation that was laboriously laid by the men of old.

We no longer are a generation that wants to build and leave something of value for the next one.

This is the sad reality of the stage that the human race has reached today.

Let’s be honest! We have reached a place of utter wretchedness!

For there still remains…….

A Foundation That Can Never Be Shaken

Here we have Paul the Apostle of the Gentiles writing to Gentiles under this whole revelation of the mysteries.

These mysteries include the ‘Gospel of the Grace of God’.

And he’s dealing with these Corinthians, much like he does with the Jews in the Book of Hebrews, chapters 5 and 6.

Paul is admonishing them to come away from their carnality and become spiritual and get into the meat of the matter.

Because he says much the same thing to them also, in [1 Corinthians 3:2].

He says, “I have fed you with milk, and not with meat.”

And then he gives them the reason for it.

“For hitherto (because up to this time) ye were not able to bear it.”

And not only that, “neither yet now are ye able”.

They were still not ready for the meat, for they still were “babes in Christ” [1 Corinthians 3:1].

They had not yet grown!

So we’ve pretty much got the same setting as was with the Jews in the Hebrews letter.

“According to the grace of God which is given unto me, as a wise masterbuilder…..”

This is the only one.

Emphasis is laid on the ‘definite article’ word “the”, so this is important.

It is the ‘only foundation’.

And it is on ‘this foundation’ that “another buildeth thereon”.

“But”, warns Paul, “let every man take heed how he buildeth thereupon”.

Do we see the picture?

We had to ‘leave’ that foundation that was offered to Israel under the ‘Gospel of the Kingdom’, because that is now ‘moot’.

In other words, it has little or no practical relevance for us any more.

But now we move to a “new foundation”, that which the Apostle Paul has laid.

Paul isn’t claiming to be the foundation.

He laid the foundation.

“For (any) other foundation can no man lay than that which is laid, which is (what?) Jesus Christ.”

That’s the foundation on which everything now rests.

So this entire concept of ‘foundational Grace’ is both moving and progressive.

And because this new “Heaven Grace Foundation” is now here to stay, Paul is exhorting these Hebrews, “it’s time to move on”.

“Leaving behind these doctrines of baptisms, laying on of hands, repentance from dead works and resurrection of the dead”.

In other words Paul is saying we will leave behind all this as mentioned above….. ‘IF GOD PERMITS IT’!

This short portion of Scripture has thrown many off balance and raised several eyebrows in confusion.

Right here is good moment to just stop and remind ourselves of what Scripture says in [1 Corinthians 14:33].

“For God is not the author of confusion, but of peace”.

SO, what is this portion of Scripture really telling us in [Hebrews 6:3]?

God is always going to be involved in every decision we make.

And so it is even with these Jews.

Paul is admonishing them to move on and get away from all the dead works of Judaism.

To move on into this whole finished work of Grace.

BUT can they do it alone?

That means ‘NO’, they can’t do it alone, God will still be involved.

HE WILL, because HE is Sovereign.

This not about Five-Point Calvinism, it does not even come into the equation.

“This is about GOD making the initial move.”

HE does the ‘enlightening’ as we are going to shortly see.

But what does the individual have to do?

He has to make a decision to accept it or reject it.

That’s our decision to make.

But God is going to do the prompting.

We can ‘NEVER’ leave God out of the picture.

Only Scripture can explain Scripture.

We always have to take all of the other Scriptures to confirm what God is saying.

And that rules out every human opinion.

So when it comes to personal salvation, does God want anyone to be lost?

Paul the apostle says in [1 Timothy 2:4], “Who will have ‘ALL’ men to be saved, and to come unto the knowledge of the truth”.

God doesn’t want anyone to perish, for He has died for the sins of the whole human race.

“Our eternal destiny securely rests on this foundation that can NEVER be shaken”.