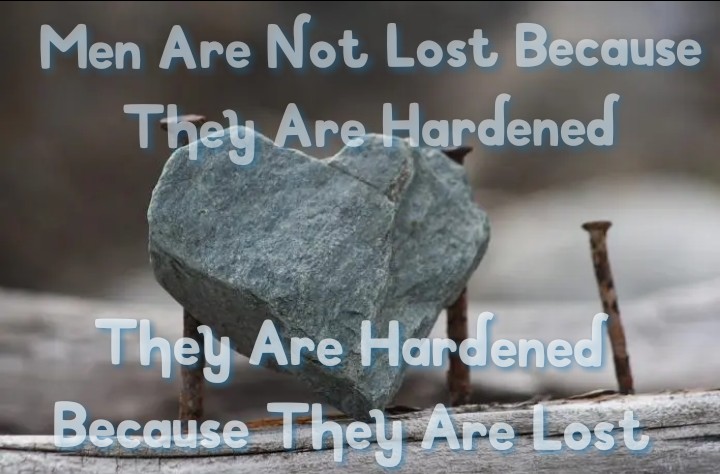 “LIFE is not fair and without doubt we have all come to somehow realize that”. We often feel we never get or have what we rightfully deserve. This is especially true as we look at others in comparison, who we feel have what they don’t deserve. And in many instances, this gives birth to the question, “Is God unfair”?

How does Scripture handle this question? Let’s find out!

Paul the apostle uproots Rebecca and her twin sons Jacob and Esau right out of the Old Testament in [Genesis 25:23].

And by inspiration of the Holy Spirit, he transports and plants them in right here in [Romans 9:12].

GOD, in His foreknowledge of what would happen, told Rebecca in [Genesis 25:23] that “the elder (Esau) shall serve the younger (Jacob)”. This was a ‘prophecy’.

God said that before the boys were ever born.

Now the next verse in [Romans 9:13] has thrown a curve at a lot of people.

“As it is written, Jacob I have loved, but Esau I have hated”.

Now that does seem to be a very strong statement, suggesting that, “can God actually hate someone”?

It’s right here that Paul fires in his next rhetorical question.

“What shall we say then? Is there unrighteousness with God?”

And before Paul can even begin to breathe out, his answer is instantly in place, “God forbid”. “Don’t even have such a thought”.

Let’s allow Scripture to qualify the definition of the word “hated.”

This is not ‘hate’ as we think of hating someone enough to practically do them harm.

“If any man come to me, and ‘hate’ not his father, and mother, and wife, and children, and brethren, and sisters, yea, and his own life also, he cannot be my disciple.”

Now Jesus never expected any human being to hate their parents, but it was a comparative term.

That unless we can have such a love for the Lord Jesus that by comparison our love for the family is almost like hatred.

It wasn’t that God just had an intrinsic hatred for him.

Rather, His love for Jacob was so great, that in comparison it almost seems as if Esau was hated.

How Does God Manage To Love Us?

In the 1800’s, a lady, after one of his services, came up to that great English preacher Charles Spurgeon.

“Mr. Spurgeon”, she said, “I cannot understand how God could hate Esau”.

And Mr. Spurgeon said, “Lady, that’s not my problem. My problem is how in the world did He love Jacob?”

And isn’t that it? It’s no problem to understand how He hated Esau.

Esau, the elder, though the birthright was legally his, was a man who turned out to be ‘destitute of faith’.

He didn’t think anything of what God said.

He sold out! That is what he chose and lost the blessing. The Bible shows us that.

But how could God love Jacob?

Since we’re here, let’s not stop with Jacob. How could He love me?

Why did God love you? Have you ever asked yourself that? Why should He? No more than why He loved Jacob.

God loves faith and the book of [Hebrews 11:6] tells us, “without faith it is impossible to please God”.

That is one of the two “Absolutes” of Scripture.

Faith is really the only language that God listens and responds to.

And faith is simply “taking God at His Word”.

Esau was destitute of faith.

On the other hand, Jacob, though a deceiver by nature, turned out to be “a man of faith”

Jacob, after having an encounter with God, “believed God” and ended up inheriting the blessing.

Faith was the determining factor, and it is exactly the same today. That has “never changed”.

God is unconditionally reaching out to every individual today, freely offering the blessing of salvation with all its benefits.

HE is doing this through the preaching of His Gospel as revealed to Paul the apostle in [1 Corinthians 15:1-4].

“Jesus Christ died for our sins, was buried and rose again for our justification [Romans 4:25].

We appropriate this blessing in all its fullness, only believing Him by faith + nothing.

HE is the ‘Spirit of Truth” leading and guiding us into this everlasting liberating Truth.

The choice is left to us though.

Chosen Or Not Chosen?

There are many who think that if they are chosen, they have nothing to worry about.

On the other hand, if they are not chosen, there is nothing they can do about it; they are going to hell anyway.

NOTHING COULD BE FURTHER FROM THE TRUTH!

This is a great lie and deception of the devil.

We “never” have to worry about being chosen or not chosen.

What we have to worry about is ‘what are we going to do with the Gospel’?

Are we going to believe it and be one of the chosen?

Or are we going to reject the Gospel and go to our doom?

For THAT is what it’s all about!

To be ‘Chosen’ or ‘not chosen’, we have to choose. That decision lies exclusively and individually with each one of us.

And that is exactly where we have to leave this.

The Sovereignty Of God

GOD is Sovereign. He can do whatever He wants to do.

But being the Righteous Holy God that He is, He will never do anything that is unfair.

God will never be unrighteous and He will never treat somebody unfairly.

And this is what we have to constantly keep in front of us.

For Paul the apostle here now has to deal with a really tough question and attribute of God in [Romans 9:14-15].

“Is there unrighteousness with God?” is the question.

“God forbid”, is his instant response, “don’t even think such a thing”.

And Paul brings out from the Old Testament an unchanging characteristic of God, which has baffled theological minds to this very day.

This was in regard to Pharaoh in Egypt who held Israel in slavery for several years, whose heart God “hardened” [Romans 9:18].

Mercy and compassion are two great attributes of God, which He constantly fell back on.

As we look into Israel’s history, we find that God raised up Moses to confront Pharaoh in Egypt.

The end result is Moses brings Israel out of Egypt and down to Mount Sinai.

God is now getting ready to give them the Law and the whole system of the law.

While Moses is up there in the Mount with the LORD for forty days and nights, Israel is getting impatient down below.

They lay hold of Aaron and tell him, “makes us gods which shall go before us. We don’t know what’s happened to this man Moses who brought us out”.

And we know what happened.

Aaron later tells Moses that he threw some gold into the fire and “out came this calf” [Exodus 32:24].

That is hilarious indeed!

It’s quite amazing what grown men can think of sometimes.

Anyhow, they started to worship this golden calf.

Now God had every right to wipe Israel off the face of the earth, and was actually ready to do that.

But Moses fell on his face and interceded for them. “Don’t let the Egyptians say that you delivered them only to destroy them in the wilderness”.

This entire episode is described in [Exodus 32].

So on what basis did God spare Israel? HIS MERCY!

That was the only thing that God could fall back on.

Withdrawing Into His Sovereignty

A well-known Bible scholar put it across really well: “Here in all of His Holiness and Righteousness, God had every right to destroy the nation of Israel, but He withdrew into His Sovereignty”.

And in His Sovereignty He poured out mercy.

Throughout their history every time Israel failed God in His promises, God would withdraw into His Sovereignty and pour out His mercy.

Coming Up To Calvary

Now let’s see what happened as we come up to the Cross of Calvary.

Israel has demanded Christ Jesus’ death, and Rome is pounding those big nails into His hands.

What could God have done?

He could have cleansed the earth of the whole human race.

But instead, what did He do again? He withdrew into His Sovereignty.

Being the Sovereign God of the universe He could do whatever He wanted to do.

As Christ hung on that cross, what did God pour out? His Mercy.

Mercy poured out not just for the Nation of Israel, but also for the whole fallen human race.

And God did this only because He is Sovereign.

In any other circumstance He would have had to destroy the human race.

And even today, why does God continue to offer Salvation to the human race?

As we listen to the news and read our newspapers, we see what’s going on in all echelons of our society.

What keeps God from doing to us what He was going to do to Israel?

It is His Sovereign Grace and Mercy.

And that is where we are today.

God is Sovereign, and in Grace He poured out His mercy there at the Cross of Calvary.

The Question In Question

The Nation of Israel, the Jews were asked the question by Pilate in [Matthew 27:22]:

“What shall I do then with Jesus which is called Christ”?

This was their response, “Let him be crucified”.

And crucified HE was, so that you and could have an eternal life in heaven.

This same question stands before us today.

What are we going to do with Jesus Christ, God’s Son who died for our sins, was buried and rose again?

How are we going to respond to God’s free offer of salvation?

What are we going to do with “the Gospel”?

A wonderful contemporary Bible teacher has quoted it perfectly:

This series continues in Part #9 of “WHAT SHALL WE SAY THEN?” coming soon. 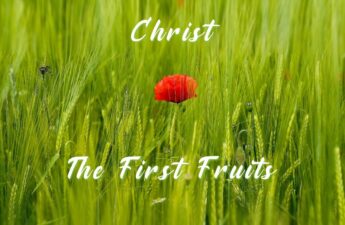 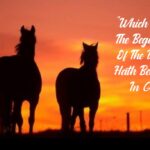