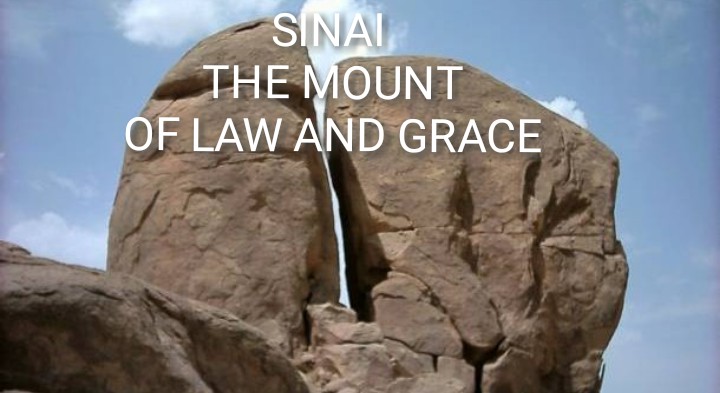 “JESUS CHRIST, has revealed the “Whole Counsel Of God” from His place Ascension in Glory through Paul the apostle of the Gentiles for us today”.

“For I have not shunned to declare to you the whole counsel of God”.

This is what Paul the apostle told the elders of the Ephesus Church in [Acts 20:27]

He had broken journey in Miletus while sailing to his destination in Jerusalem in [Acts 20].

From Miletus, on this first visit, Paul sent for the elders of the Church at Ephesus.

In those days it would be a lengthy journey for a messenger to go from Miletus to Ephesus.

The distance by land would have been about sixty-three miles, but they came and met with Paul.

This was an extremely important meeting because they were never going to see him again. It was going to be both a prayerful and a tearful farewell [Acts 20:37-38].

Paul’s life was in constant danger, especially at this time. His own fellow-Jews were “lying in wait” seeking to end his life.

For this “at one time a good and zealous, religious Law keeping Jew”, had now turned his back on them.

He had now become an apostle to those “uncircumcised dogs”, called Gentiles. “How could Paul dare do such a thing?”

This was a crime worthy of death as far as they were concerned.

This is the light in which those religious Jews were seeing Paul.

Paul needed to give these Ephesus Church elders important warnings, admonishments and exhortations, being the last meeting.

The future of Christendom as a whole was going to depend on these words of warning and exhortation.

“But have shown you, and have taught you publicly from house to house”.

Paul had testified both to the Jews and the Gentiles, “repentance towards God, and faith toward our Lord Jesus Christ”.

“And now, behold, I go bound in the spirit unto Jerusalem, not knowing the things that shall befall me there”. Remember the Jews were after his life.

But none of these things moved Paul, neither did he count his life dear unto himself.

“So that I might finish my course with joy, and the ministry, which I have received of the Lord Jesus”.

For the ministry that Paul received was,“To testify the gospel of the grace of God.”

Let’s not forget that Paul had received his Gospel directly from the Ascended Lord Jesus Christ in Glory [Galatians 1:11-12].

Paul was in Arabia when he received this Gospel [Galatians 1:17].

What is striking is that “Mount Sinai” is in Arabia [Galatians 4:25]. It was the place where Moses, in his “burning-bush encounter”, received the “dispensation of the Law” for Israel.

Reading between the lines, we can assume that Paul, at this very same Mount received the “dispensation of Grace” for us today.

Now that would fit in so beautifully in perfection and in the order with the way God does things.

Mount Sinai Of Law And Grace

“For the Law was given by Moses” [John 1:17], which he received directly from God at Mount Sinai, in Arabia.

“But Grace and Truth came by Jesus Christ”.

When did that happen? ‘Not’ when He was born. For he was born, raised and ministered to Israel “under the law” [Galatians 4:4].

That took place on the cross, His death, burial and resurrection.

Then after His ascension to Glory, the revelation of His Grace for us today was given to none other than Paul the apostle in Arabia.

Well, what is significantly in Arabia? Mount Sinai.

So it all seems to beautifully add up!

“Wherefore” Paul says to these elders of the Ephesus Church, and he’s going to make a very strong statement: [Acts 20:26-27]

“I take you to record (I testify) this day, that I am pure (innocent) from the blood of all men”.

How could Paul make such a statement? Here’s why:

“For I have not shunned to declare to you the whole counsel of God”.

He had “kept back nothing”. Paul had been with them for three years. He taught them “everything” that Jesus Christ from His position of Ascension, directly revealed to Paul.

The first is that we can know the “whole counsel fo God”, for it has been revealed.

The second is that Paul the apostle is the “only one” who can give it to us. For he alone has the full revelation of “the whole counsel of God”.

No other writer in Scripture neither can nor does make that claim.

Only Paul Can And He Does

Paul the apostle is the only one who can and does claim of teaching “the whole counsel of God”.

For he alone is our “designated apostle” for this “Age of Grace”. Personally Hand-picked by the Ascended Lord Jesus Christ, while on the road to Damascus.

Think about this for a moment:

When Jesus, while he was on earth, chose His twelve disciples/apostles, it was “within” the borders of Israel. It was on “Jewish ground”. For that is where He came to minster.

However, when it came to Paul, Jesus Christ chose him “outside” the borders of Israel, on “Gentile ground”. Damascus was Gentile territory.

So was that a coincidence? By no means! It was by Divine purpose, plan and providence.

Absolutely! Paul is our apostle for today and we should give heed to that.

Do We Need The Rest Of The Other Scriptures?

Absolutely! We do need all of Scripture, for they are indispensable to us.

Paul is the first one who categorically tells us so in [Romans 15:4].

“For whatsoever things were written aforetime (in the Old Testament) were written ‘for’ (what purpose?) our learning”.

Keep in mind the word ‘for’.

He then goes on to give us the “right reason” why. “That we through the patience and comfort of the scriptures might have (what?) hope”.

‘HOPE’ is the reason. It’s where our adversary the devil attacks us the most. The God of the entire Bible is a God of infallible ‘Hope’.

“All Scripture is given by inspiration of God” Paul tells us in [2 Timothy 3:16-17]. They are all “profitable for doctrine, for reproof, for correction, for instruction in righteousness”.

Now this may throw a curve at many people, but it is here that we, like Paul, need to make that distinction.

The two “don’t mix” and “should not be mixed”, or else there “will be confusion”.