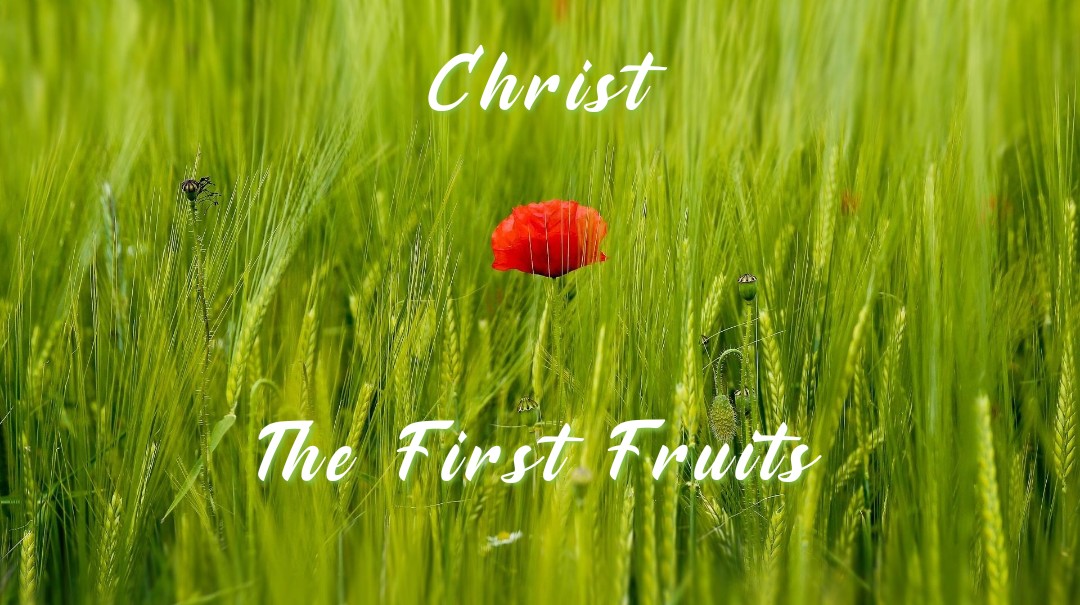 Part #06 of “The Mystery Of The Rapture”

“Understanding the resurrection makes a vital contribution to our understanding of the mystery of the Rapture.”

When we started this series on ‘The Mystery of the Rapture’, we mentioned ‘three’ important foundational concepts that needed to be settled.

And if we could grasp these foundational fundamentals, they would open our understanding much more effectively.

The first was ‘God’s prophetic plan’ for the ages.

And the third was the ‘resurrection’ of all men.

Having comprehended these, it is amazing how much confusion and doubt gets dispelled, and things fall beautifully into place.

So, before we continue with the Rapture concept, we’d like address the true Biblical resurrection concept.

“I Would Not Have You To Be Ignorant”

“But I would not have you to be ignorant, brethren…”

“….concerning them which are asleep”, that is our loved ones who have died.

“…….that ye sorrow not, even as others which have no hope.”

In other words, if we, as believers, have lost loved ones, we don’t have to weep and wail like many do.

Because we’re going to see our loved ones again someday.

“If we believe that Jesus died and rose again, even so them also which sleep in Jesus will God bring with him.”

Let’s break this Scripture down.

It doesn’t say if we have repented and are baptized or joined the church.

It says if we ‘believe’.

But we’ve got to be careful what we believe.

We believe “that Jesus died and rose again”.

“How that Jesus Christ died for our sins, was buried and rose again.”

So, if we believe the Gospel, even so them also who sleep, or who have died, in Christ Jesus;

“God will bring them with Him.”

We know that the believer, as soon as he or she dies, where does their spirit and soul take flight to?

The Presence of Christ in Heaven.

And there they wait for this day of resurrection to be reunited with the believers resurrected body.

That’s why Paul says by revelation:

“If we believe that Jesus died and rose again, even so them also which sleep in Jesus will God bring with him.”

The Hour Is Coming

“In the which all that are in the graves shall hear His voice, And shall come forth.”

Everyone who has lived and died, at some point in the future, when God calls, they’re all going to come forth.

This shows us that there are ‘two’ resurrections.

“The fact is that men will die.”

That still will not stop God from actually bringing the smallest particle of that original body back together.

That’s what resurrection is all about.

God does not start with something new; HE brings back that which was before and makes it new.

Paul the Apostle teaches this by direct revelation from the Ascended  Lord Jesus Christ throughout [1 Corinthians Chapter 15].

So it’s really Christ Jesus Who is speaking to us directly from His ‘Ascended and Glorified Position’ in Heaven.

So NEVER lose sight of that!

Let’s take a look at this ‘first resurrection’.

Remember, this first resurrection is primarily attached to this Rapture of the Church.

It’s that up-calling of the living believers as well as the resurrection of all the Church Age believers.

Not everybody, from Adam all the way up to present day, will be resurrected at the same identical moment.

“But now is Christ risen from the dead, and become the first fruits of them that slept.”

When Paul speaks of them that slept, he’s speaking of those who have died physically.

The only way to define ‘first fruits’, is to go back to our Old Testament to the Book of Leviticus Chapter 23.

In this chapter we have the seven feasts God gave to the Nation of Israel there at Sinai through Moses.

When they were given the Tabernacle and the Priesthood, God also gave them instructions for their seven feast days.

It was to begin, of course, with the Passover.

The ‘Passover’ was the feast day that Israel was celebrating at the time of Christ’s Crucifixion.

This Passover was about to begin at 6 o’clock on Friday evening.

So, they had to hurry and get the body down off the Cross.

Because according to the Law in [Deuteronomy 21:22-23] it could not be hanging out there till the sun went down.

And that would be the time when the Passover feast would start.

So Christ’s Body would ‘have’ to come off down before then, they understood that.

Then, of course, Paul goes on to show us in [1 Corinthians 5:7] that Christ then became ‘our’ Passover Lamb.

And so, these seven feasts of God all have an indication of a New Testament trust.

Now we have to remember that back there in Israel’s ancient history, they were primarily an agricultural people.

That’s why so much of our Bible, including Christ in His earthly ministry, is constantly using just ordinary farming language.

Because that way, they would understood what HE was talking about.

The LORD Speaks To Moses

“And the LORD spake unto Moses saying, Speak unto the children of Israel, and say unto them: [Leviticus 23:9-10].

“When ye be come into the land which I give unto you, and shall reap the harvest thereof”, instructs God.

“Then ye shall bring a sheaf (a bundle) of the ‘first fruits’ of your harvest unto the priest.”

In other words, when they went into the Promised Land and they have planted their crops.

Here is where we have to have a little basic understanding of grain farming.

All through that field of green, all of a sudden will come some golden stems that will ripen early.

The first thing the Jew was to do, was go into that field and pluck these early ripened stems.

They’d make a sheaf, a bundle, of them, and take that sampling and wave it there before the Temple.

That would be as a ‘wave offering’ unto The Lord.

Now that was called ‘first fruits’, because it was the sampling of the crop that was soon to follow.

Now, you couldn’t make a bundle or sheaf of grain with just one stem.

So what did they have to do?

They had to pluck many of them as they were ripened throughout the field and make a sheaf with it.

And so, Christ could not be the only one, although He was definitely the first.

“Jesus, when he had cried again with a loud voice, yielded up the ghost (His spirit).”

Christ is on the Cross and He has just died.

“And, behold, the veil of the temple was rent in twain from the top to the bottom.”

The veil that is spoken of here, was that huge veil that separated the Holy of Holies from the sanctuary.

And as a supernatural ‘Act of God’, that veil was rent, torn from the top to the bottom.

This was also a supernatural ‘Act of God’.

“And the graves were opened, and many bodies of the saints (believing Jews) which slept (were dead) arose.”

“And came out of the graves”, not while Christ is on the Cross, but “after His resurrection…..”

Then they “went into the holy city, and appeared to many.”

It Had To Be That Way

So, all this was ‘after His Resurrection’ and it ‘had’ to be that way,

Because Christ ‘had’ to be the first to be resurrected from the dead.

This has never happened before!

Oh, there were people that were raised from the dead by the prophets, Elijah and Elisha, but they died again.

Even when Jesus Christ called Lazarus forth from the grave, that was not resurrection.

That was just simply restoring life to him and Lazarus had to die again.

But, beginning with Christ’s Resurrection, now we have the term in its fullest meaning.

You couldn’t have a bundle of ‘first fruits’ with just one stem of grain, there had to be many.

So these were the sampling of those believers who had died, and were resurrected.

And they walked into the city, with Christ as the ‘first fruits’.

All put together, they become the ‘first fruits’ of them that slept.

The Three Areas Of The Resurrection

Now, the ‘first resurrection’ is really broken down into three areas.

We’ve only covered the first one.

And that’s what Paul refers to here in [1 Corinthians 15:20] as the ‘first fruits’ of resurrection.

Christ, and this sampling that came out of the graves and went into the city of Jerusalem.

Now, the Scripture is silent on them.

But if they were resurrected, then naturally Christ had to take them up on into glory.

They were not left here in this old world of sin and pain.

This is all part of the ‘resurrection of the just’.

“But now is Christ risen from the dead, and become the first fruits of them that slept” .

Those who have died physically.

So why does there have to be a resurrection?

“For since by man came death”, speaking of Adam’s fall back there in the Garden of Eden.

“By man”, now speaking of Christ Jesus, “came also the resurrection of the dead.”

“For as in Adam all (every human being) die, even so in Christ shall all (who believe) be made alive.”

Adam, Head Of The Human Race

Paul is always teaching that Adam was the federal head of the human race.

Many refer to Christ as the ‘second Adam’, but HE is also the last according to Scripture.

So, there is no one after Him.

And HE is the One that makes it possible for mankind to come out of that death.

And so here Paul the Apostle ties the two together, once again.

“For since by man (Adam) came death, so also by man (Christ Jesus, the God-Man), came also the resurrection of the dead.”

“For as in Adam all die,….“ , shows that our whole sinful nature was precipitated by Adam’s sin?

How can anybody reject that teaching?

But unfortunately, there are those who reject that.

But, how can they, when this Scripture makes it so plain?

“For as in Adam all die, even so in Christ shall all be made alive.”

Now, we have to be careful here.

But, the unbeliever is also going to be resurrected one day, according to the same power of God.

But to a totally different end.

“But every man in his own order”