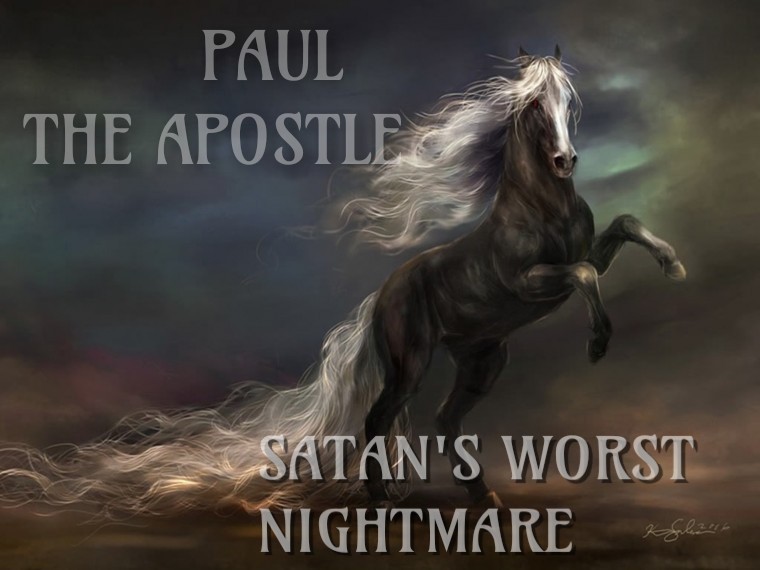 PART #04 of “A PROGRESSIVE REVELATION”

“When it comes to the eternal things of God as revealed to Paul the apostle for this ‘Age of Grace’, we must beware of tradition”.

Tradition is a vicious thing that can keep us away from truth of the Gospel of our salvation.

No doubt tradition can and does have its meaningful, rightful and valuable place in various areas of life and family.

However, as far as our eternal sojourn is concerned, we must separate tradition from the reality of God’s revealed Truth.

Tradition is a great hindrance and blinds us from what God through the sacrificial death of His Son wants us to see.

The moment Jesus Christ, God the Son, gave up the ghost on the cross, the heavy veil in the temple of old was supernaturally ripped apart.

But religious tradition sewed it back on again, refusing to accept the new thing God was doing.

This is what the stubborn stronghold of tradition does; it keeps us away from what is truly and rightfully ours.

Tradition stops us from stepping into the freedom and liberty that God has purchased for us through the Blood of His Son.

For many of us, spiritual tradition has become a comfort and security zone, which we are not willing to give up for anything.

And even though we may know the truth and see the truth, yet somehow we’d rather be beasts of burden.

Tradition is a great barrier to faith, without which “it is impossible to please God” [Hebrews 11:6].

God in these last days has spoken to us through His Son which we must give heed to.

And as the curtains come down on history’s stage, we must choose.

Truth or tradition, what will it be?

Tradition Does Not Redeem Nor Save us

Tradition cannot redeem us and does not save us, nor does it keep us saved!

Peter, Christ’s apostle to Israel, writing the to the scattered Jews of the then known world, said this to them:

When he says that, Peter is reminding and encouraging them that this is something they already know.

“That ye were not redeemed with corruptible things, as silver and gold, from your vain conversation received by tradition from your fathers”.

Tradition indeed is a highly ‘corruptible thing’, especially when it comes to our eternal redemption.

“But (you were redeemed)”, says Peter, “with the precious blood of Christ……”.

In God’s revealed plan for men’s redemption, which has come only by way of the cross, tradition has no place.

Tradition Nullifies The Word Of God

Tradition nullifies and makes the Word of God of ‘none effect’.

The religious leaders, as to why His disciples weren’t walking according to the tradition their elders, were questioning Jesus Christ.

And knowing Christ Jesus, He always responded with Scripture, as He does here in [Mark 7:5-7].

This is what the Lord told them:

“Well hath Isaiah prophesied of you hypocrites, as it is written, This people honoureth me with their lips, but their heart is far from me”.

And that is exactly what religion is. It’s hypocrisy, for it externally honours God with its lips and yet the heart is evil.

It is no wonder that God says, “Howbeit in vain do they worship me, teaching for doctrines the commandments of men”.

And this is exactly what’s been increasingly happening within Christendom for the last two thousand years to this very day and age.

Denominational “doctrines the commandments of men” are rampant and have become so traditional within Christendom.

And this is what it does according to the Word of the Lord in [Mark 7:13]:

“Making the word of God of ‘none effect’ through your tradition, which ye have delivered: and many such like things do ye”.

The Commandments Of The Lord

The Lord Jesus told them this in [Mark 7:9] which very much relevant today:

“Full well ye reject the commandment of God, that ye may keep your own tradition”.

When it comes to the commandments of God, here is what Paul the apostle has to say in [1 Corinthians 14:37]:

Remember that Paul alone is God’s specifically designated apostle for us in this Age of Grace.

And he writes only by direct revelation from the Ascended LORD JESUS CHRIST in glory.

“If any man think himself to be a prophet, or spiritual”, says Paul with no half measures.

“Let him acknowledge that the things that I write unto you are the COMMANDMENTS OF THE LORD”.

And these commandments, which are our instructions today “under Grace”, are found in all of Paul’s epistles from Romans through to Philemon.

These commandments and instructions are the culmination of all the progressive revelations that started way back in Genesis.

They are the highest and climactic point of that which began six thousand years ago.

And Satan the adversary has always been trying his best, right down to this very day, to keep men out of Paul’s epistles.

What is referred to as the dark ages in Church history was basically the hiding away of God’s Word in the monasteries.

It was in the hands of only a few, which gave birth to mass manipulation and deception, especially those of the poor class.

The upper echelons of the clergy were enjoying a sumptuous lifestyle of food, wine and women.

Prostitution in the monasteries was rampant.

The clergy capitalized and fed off the spiritual dearth that was out there.

The truth of all the Grace doctrines of Paul the apostle was hidden away.

This went on for several hundred years, till God raised a man in Martin Luther in the 1500’s.

“Justification by faith” came to light once again and just about set the whole of Europe on fire.

Missionaries started to go out to the utter ends of the world.

Men like Calvin, Spurgeon and Wesley laid hold of it and preached their hearts out to the masses.

Many have paid for it with their lives as the Word of God began to be translated into other languages.

They still do today.

People like William Tyndale, a 16th-century religious reformer and scholar translated the Bible into the Early Modern English of his day.

He was burnt alive at the stake at the age of forty-two for getting the Bible into the hands “of every ploughboy in England”.

Revivals were breaking out in various parts of the world.

Many were coming to the knowledge of the Truth of Salvation.

Satan knows how to persevere and he never quits.

Paul has ascribed him to being the “god of this world/age” in [2 Corinthians 4:4], who has blinded the minds of those “who do not believe”.

Satan is always looking to attack the ‘BELIEVE’ factor, for he knows that our freedom lies in that one word.

“Lest the light of the gospel of the glory of Christ, who is the image of God, should shine on them”.

What does Paul the apostle tell us by the direct revelation he received from the Ascended Lord in [Romans 1:16]?

“For I am not ashamed of the gospel of Christ, for it is the power of God to salvation for everyone who BELIEVES”.

The Word “believes” stands on it’s own. But Satan, through the doctrines, commandments and traditions of men has added on to that.

Most of Christendom does not accept the fact that we must just only “believe” in the finished work of the Cross.

And yet only, “believe” is all that God mandates in order to save us from eternal doom, and the clutches of our adversary.

This is the “mystery revelation” for this Age of Grace for every single human being on the planet.

THIS IS AN EXCLUSIVE GOSPEL!

And our greatest need is to shake off everything that has attached itself to the word “BELIEVE”.

Truth or Tradition! We must choose.

Anti Paul Sentiments On The Rise

As we see the stage being set for those final days that Scripture talks about, anti Paul and anti Israel sentiments are on the rise.

Current events, especially with the situation heating up in the Middle East, show us that end is nearer than ever.

We find Grace offending those who rely on their efforts more and more.

Satan does not just operate on the lowest levels of the “down and outs”.

He is highly prevalent in the higher echelons of society, government and clergy.

His rogue preachers of legalism are out there to devour those who have stepped into God’s saving Grace by faith.

What is freely available with Paul under Grace is bypassed, and is got conditionally especially from James “under the Law”.

These rogue preachers are always looking to set James against Paul, and that is the work of Satan.

These are the same rogue preachers who tell us we can lose our salvation.

Watch out for them!

A believer prays for his/her need according to [Philippians 4:6-7], which is how prayer is to be approached “under Grace”.

It’s been a while and they have seemingly not yet received an answer.

Then along comes some preacher who tells them that they have not asked in faith and so they must be “double-minded” and “unstable”.

This is where ‘satan intended’ discouragement sets in.

Hence, as a result, they are told, they won’t receive anything from the Lord according to [James 1:5-8].

And here is the thing, the truth of James’s word was in regard to ‘wisdom’ and not need supplications.

This is just one example of the number of instances in Christendom.

And setting up James against Paul has become the satanic norm.

Kingdom And Mystery Do Not Mix

But this is what has been happening.

What was for the nation of Israel does NOT mix with what is for the Body of Christ.

The Scriptures are the “Arm Of God”, and cannot be twisted!

But twisting of the Scriptures is rampant with Christendom, which has caused tremendous confusion.

Many are not sure what to believe anymore.

A lack of teaching to rightly divide the Word of Truth has been almost totally missing.

Learning to leave Scripture where it rightfully belongs, is of utmost importance.

This is where Paul the apostle comes in to show us that.

And so, anyone who teaches and preaches Paul comes under vicious attack from the legalists within Christendom.

But there is good news!

More and more pockets of Christendom the world over are coming alive to “Rightly Dividing” the Word of Truth [2 Timothy 2:15].

God is raising men in this generation for an hour such as this.

So what is it that we really want?

TRUTH OR TRADITION! We must choose.