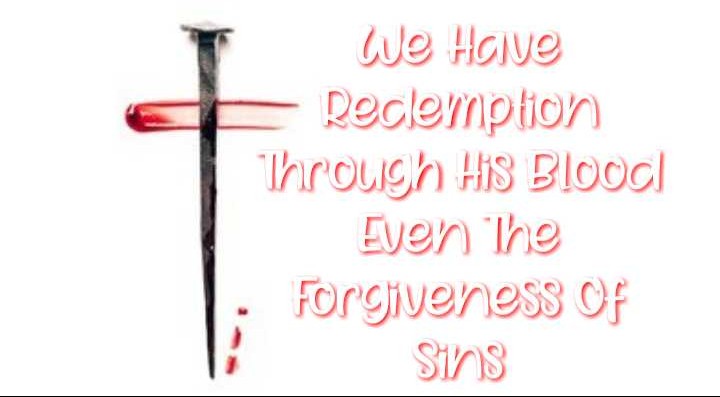 “When it is impossible to renew something, means that the scales have now tipped past the point of no return”.

And now having gone past that point, it is impossible to restore it back, to even anywhere near its original state.

It’s good for nothing having lost whatever little value it may have had, and the only thing that remains is to get rid of it.

When it comes to the physical and material things of life, we don’t really have a problem with this, because it’s a constant cycle.

However, when it comes to precious human lives, especially when it’s loved ones, it is extremely painful and heart breaking.

Whatever little compassion we may have, we don’t think anybody would like to see somebody come to that impossible place.

And when we imagine ourselves in that ‘impossible place’, it is a very scary thought.

For it is something, that can happen to anyone at anytime, if we are not watchful and get too complacent.

Now we know that there is that healthy and positive ‘nothing is impossible attitude’ in life.

But that is not what we are dealing with here.

For when it comes to our eternal destiny, the stakes are high.

And it is very possible to come to that place of “impossible to renew”.

For so saith the Scriptures……..

The questions we are seeing here are, “impossible for whom?” and “to renew back to what?”

Let’s remember once again that this letter of Hebrews is addressed primarily to Jews who had come out of Christ’s earthly ministry.

But there is a lot that we in this Age of Grace can take out of this.

Also keep in mind that the Book of Hebrews has no plan of salvation laid out as there is in the other epistles of Paul.

So we have these Jews, who had believed that Jesus Christ was the Messiah and had embraced the Gospel of the Kingdom.

BUT, they were yet still steeped in their religion of Judaism.

They had considered Paul’s Gospel, but they would not embrace it.

Towards the end of the Book of Acts, Paul, who is now in Rome is close to the end of his ministry.

A group of Jews want to meet up with Paul.

They want to know what he thought about all this “Grace faith” which they were calling “this sect”.

So they made an appointment to see him.

Paul sat with them the whole day expounding and testifying “the kingdom of God”.

He convinced these Jews concerning Jesus Christ, “both out of the law of Moses and the prophets”.

When they all couldn’t come to agree among themselves, they left.

But before they left, Paul had a word to say to them.

He said “the prophet Isaiah by the Holy Spirit had spoken correctly to our fathers”.

He tells them that, “they had ears, but they could not hear, and that their hearts were hardened” and they were “dull of hearing”.

“They had eyes, but they were blind and they could not understand with their heart, lest they be converted and get saved.”

And there are plenty of such kind of legalistically minded, heart-hardened, blind people within Christendom today.

They could be professing Christians, but they just do not even want to know the “Grace-filled” truths.

They feel they ‘know it all’ and are comfortable in their ‘so-called self-righteousness’.

Now look at Paul’s final words to these Jews.

“Be it known therefore unto you, that the salvation of God is sent unto the Gentiles, and that they will hear it” [Acts:28:28].

And so it is also in this “Age of Grace”.

The simple minded will hear it and will get it and “they are getting it”.

And so here, the apostle Paul is trying to convince these Jews to make that break with Judaism.

Remember that the apostle Paul always had a great burden in his heart for Israel and his fellow Jews [Romans 9:1-3] and [Romans 10:1-3].

He is trying to tell them that what they had was ‘good’, but what is now here to stay is ‘better’.

And he is admonishing them to now step into Grace that has come by the way of the cross.

The apostle tells them they did get ‘enlightened’, and had ‘tasted’ of God’s good Word and the heavenly gift.

That they had been called alongside as “partakers of the Holy Spirit” and even “tasted the powers of the age to come”.

And now having come so far, and not stepping into Christ’s Blood bought Grace, ‘they were in danger’.

And the danger was the horror of “falling away”, scornfully turning their back, which we have comprehensively described in [Crumb 0087].

That if they now should “fall away”, by scornfully turning their back, then they would go past that ‘point of no return’.

And then it would be “impossible to renew” them “again unto repentance”.

In other words, it would be impossible for them now again, to have a change of mind and heart.

A Horrific Falling Away

This would be a horrific “parapipto” and even worse, “mahal”.

See now, how Scripture, the Word of God, through Paul the apostle, definitively describes this horror above all horrors in [Hebrews 6:4-6].

“For it is impossible, if they shall ‘FALL AWAY’, to renew them again unto repentance”.

“Seeing they crucify to themselves the Son of God afresh, and put him to an open shame”.

This is a fact of Scripture and we cannot argue with this truth.

So it does come as a warning, which we will do well to give heed to.

The Big question that arises now here is, “does this or can this apply to us is this Age Of Grace?”

The answer would be both ‘yes’ and ‘no’, and so both need to be qualified.

Let’s first qualify the ‘NO’.

In The Body Of Christ

Scripture ‘unequivocally’ maintains that anyone who has been placed into the “Body of Christ” by the Holy Spirit is ‘irrevocably’ sealed and safe for eternity.

If one has humbly acknowledged, that yes, they “have sinned and fallen short of God’s Glory” as declared in [Romans 3:23].

And that is what the Law, the Ten Commandments are there for, to show us that we indeed have done so.

That is the “sole purpose” of the Law.

For it is impossible for man in his sinful condition, to live by the ‘demands of the Law’.

Every single one of us, apart from Jesus Christ, without exception, is “guilty before God” of breaking the Law [Romans 3:19-20].

“Therefore”, says Paul, “by the deeds (or the keeping) of the Law, shall no flesh (sinful man) be justified in His (God’s) sight”.

And why can’t we be ‘justified’ (legally acquitted) by keeping the Law, in God’s sight?

“For by the Law (the Ten Commandments) is the knowledge of (what?) sin”.

See how simple this is to understand?

You don’t need a five-year theological degree to understand this simple Truth.

“BUT NOW”, and all because of Christ’s perfect finished works on the cross, what do we have in [Romans 3:21]?

“The righteousness of God without (what?) the Law, is made manifest (made known and is in the spotlight).

How do we get this “Righteousness of God”?

“Even the Righteousness of God which is by the (what?) FAITH of JESUS CHRIST unto (how many?) ALL and upon ALL them that”………(what?)

“JESUS CHRIST died for our sins, was buried and rose again the third day, according to the Scriptures” [1 Corinthians 15:1-4].

This is the ONLY basis for salvation for every human being on this planet.

There is no other!

And the moment we believe this with our heart, what does the Holy Spirit instantly do?

HE “baptizes us” into the Body Of Christ, as unequivocally mentioned in [1 Corinthians 12:13].

This is both a judicial and irrevocable “ACT OF GOD”.

The Holy Spirit takes us out of our spiritual position in “sinful Adam” and both sovereignly and irrevocably places us “in Christ”.

Do read our five-part series on “Can You Lose Your Salvation”.

That is why the great apostle Paul shows us in [Colossians 3:3] our status as far as God is concerned.

This is what the “perfect finished work” on the cross has achieved for us.

“Ye are dead (to the LAW and to the world), and your life is hid with Christ in God”.

“Dead to the Law?” Absolutely, “by the Body of Christ” as Scripture confirms in [Romans 7:4].

Take a look at it!

This “Body Of Christ” is the real and only Church, which is a universal “living organism” and NOT an organization.

And this Church is of “intrinsic value” to Jesus Christ, and that is why it is referred to as His “Bride”.

Having believed, the Holy Spirit also instantly indwells us, and stays indwelled as a seal of guarantee till we get into eternity.

Further, look at what GOD, through the cross has irrevocably done for us.

HE has “delivered us from the power of darkness and hath (that is past tense, already done)………..”

Having delivered us, He then, “translated us into the kingdom of His dear Son” [Colossians 1:13-14].

“In Whom” (Jesus Christ), says the apostle Paul, “we have redemption through His blood, even the forgiveness of sins”.

“Therefore”, as Paul would say, if you are in this place of belief, then you have nothing to fear and worry about.

It is “impossible” for you to “parapipto” or “mahal”, which is “fall away”.

It would be “impossible” for you to “scornfully turn your back” on Jesus Christ and His finished work on the cross.

And it’s all because you only “BELIEVED” in Paul’s Gospel of Grace.