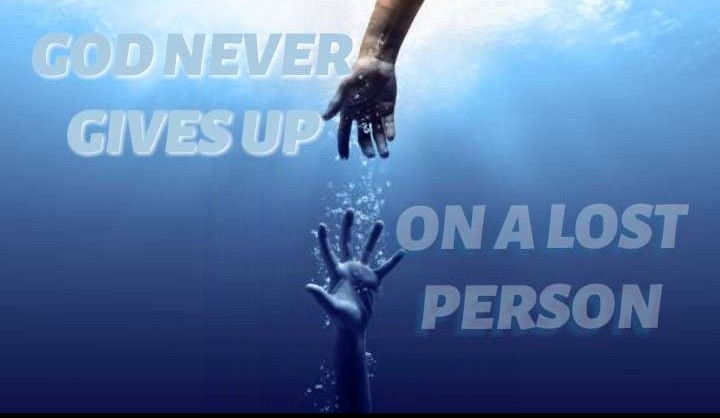 “John The Baptist was the ‘Voice In The Wilderness’ in Prophetic Fulfillment of that which was uttered seven hundred years before”.

This Divinely appointed forerunner came preaching the long awaited message in the wilderness of Judea, in accordance with the Abrahamic promise.

“Repent ye, for the kingdom of heaven is at hand”.

Everything concerning the nation of Israel foretold by the prophets of old, had come to that moment and place of fruition.

The Messiah, the Saviour, the Deliverer, JESUS CHRIST  had finally made His appearance on history’s stage in fulfillment of those promises.

Salvation had arrived on Israel’s doorstep.

And the setting up of that glorious physical “Kingdom on Earth” would follow.

Every Jew for centuries were looking out for that day, and that day had arrived.

They were to be the “chosen generation, that Holy nation, the royal priesthood” and a ‘peculiar people’ of intrinsic value.

This was in in accordance with what GOD had spoken directly to them through Moses in [Exodus 19:3-6].

And the still small ‘voice in the wilderness’ proclaimed this message.

Repent: for the kingdom of heaven is at hand”.

The LORD Himself confirmed this by proclaiming the same in [Matthew 4:17].

HE kept proclaiming it for the next three and a half years accompanied with signs, wonders and miracles.

And sadly, the One they had been awaiting for centuries, was the very One they rejected and sent to the cross.

The voice in the wilderness was silenced!

God in His predestinated wisdom, plan and purpose went through that cross through which our Gospel of Grace was birthed.

This great news was not just for Israel, but also for the whole human race.

Salvation had come to the doorstep of every individual on the planet, personally.

“Jesus Christ died for our sins, was buried and rose again the third day” all ‘according to the Scriptures’ [1 Corinthians 15:1-4].

This was the final and total fruition of that which began and first foretold in [Genesis 3:15].

“And I will put enmity between thee and the woman, and between thy seed and her seed; it shall bruise thy head, and thou shalt bruise his heel”.

The plan of salvation took its first step right back there in the creation account, after Adam and his wife eve had “sinned and fallen short of the glory of God”.

God then getting into immediate action in [Genesis 3:21], “Unto Adam also and to his wife did the Lord God make coats of skins, and clothed them”, restoring back fellowship with Him.

How wonderful an attribute of God this is.

Then going through all the dispensations of time over a period of four thousand years, it finally settled and stayed “finished” at the cross.

And so GOD SAT DOWN, for there was nothing more to be done [Hebrews 1:3].

The Voice Brought Back

The “CROSS OF CALVARY” brought back that “voice in the wilderness” once again.

BUT, this time it was under a new set of instructions.

And it was all rolled together in just one awesome, powerful, simple, uncomplicated, and unconditional, divinely ordained “exclusive Word”.

Therefore, ‘say the Scriptures’ in [Romans 1:16], as the great apostle Paul, Hand-picked by the Ascended LORD in Glory, pens it down:

“For I am not ashamed of the gospel of Christ: for it is the power of God unto salvation to every one that BELIEVES”.

And let no man dare add to that, lest he adds to the “perfect finished work” of the cross.

God will not have it!

This is about JESUS CHRIST His only Begotten Son.

Speaking of Jesus Christ, Paul the apostle writes this in [Romans 1:4]:

“And declared to be the SON OF GOD with power, according to the spirit of holiness, by THE RESURRECTION FROM THE DEAD”.

BELIEVE! And then ‘you’ SIT DOWN in assurance.

Seated in the unfathomable depths of ‘the inner man’ lies ‘the heart of man’.

And this heart is what must believe, capture, lay hold of and embrace what God is freely offering to “WHOSOEVER WILL” hear.

The ear is for hearing, the mind is for understanding, and the heart is for believing!

The Voice Of Salvation

The voice heralding the Gospel of Grace, which is the voice of salvation, yet remains a lone voice in the wilderness.

In the wilderness of chaos and confusion of the present world, this gentle voice still speaks, if we care to stop and listen.

And it will clearly speak, prompt and enlighten.

“I died for all your sins, I was buried and rose again in victory just for you. Only believe it with all your heart and believe in Me and I will bring you safely home”.

‘The powers that be’ are trying their best to silence this voice in the wilderness into subjection.

But it will not bow and be forced into silence any longer!

In fact, it’s the other way around now.

For everything must and will indeed bow to that which has come by the way of the cross, and forever stands ‘ABOVE ALL’.

However, this Age of Grace “voice in the wilderness” will again go silent one day, which is fast approaching.

But this time of its own volition.

And this will not be a transitional silence, but ‘unnoticeably instant’.

And even as Paul the apostle now begins to warn the Hebrews, we’ll do well to give heed too.

For lurking around the corner in the shadows of darkness, there is without doubt……….

A CLEAR AND PRESENT DANGER

What is this dark and sinister, clear and present danger that Paul is about to warn these Jews of?

Paul the apostle is admonishing them to cut the apron strings of that which went before.

And now he is asking them to step into this new Grace foundation which has come via the cross.

They had ‘tasted’ of the good Word of God and powers of the world to come.

That was talking of that coming age, the millennial Kingdom as we described in the last [Crumb 0086].

But they were yet still ‘sitting on the fence’.

And now the apostle Paul, without mincing his words lays it on the line for them.

For it is impossible, ……“IF they (these people who had this much understanding), shall fall away………” [Hebrews 6:6]

The word ‘if’ here is a big scary word, this conjunction and conditional tense could tip the scales either way.

This term translated, “fall away” contains much more than what meets the eye and goes much deeper.

Being used ‘just once’ in the whole New Testament, the Greek is ‘parapipto’.

And this is one instance where it pays to see the difference.

Because the other place where we come across the term “falling away” is in [2 Thessalonians 2:3].

“Apostasia” is the Greek word, from where we get ‘apostasy’ or ‘apostate’.

This too, is translated “falling away“, but it does not have the same connotation that the first one does.

And we are going to try and show you why.

Because it’s used only once in the Greek in our whole New Testament.

Even the Greek scholars had a hard time really nailing it down.

However, a great linguist of days gone by, very aptly said this:

“The only way you can understand this term, “parapipto” is to realize what it means in the Hebrew”.

There is nothing better than Scripture to explain Scripture even right down to a ‘single word’.

For it throws every man made opinion out of the window.

So we’re going to look and see what that word “mahal” really is talking about.

Keep in mind what we are trying to show here.

This Hebrew word “mahal” is the best parallel with the Greek word “parapipto” which is only used in [Hebrews 6:6].

Let’s take this slow, because we want to see that this “falling away” in Hebrews is ‘far worse’ than the normal term “to fall away” or to be ‘apostasia’.

“And the LORD spake unto Moses saying, Speak unto the children of Israel, and say unto them: If any man’s wife go aside, and commit a (what’s the word?)TRESPASS against him, (her husband)”.

The word “trespass” here, is the Hebrew word “mahal”.

This is a case where a woman commits adultery with another man.

Even though adultery was common is Israel as it is today, but this here is a unique act of “mahal”.

This woman literally “turns her back with scorn” on her husband.

She doesn’t just get caught in a moment of temptation and weakness.

But she, of her own volition, with a “scornful turning her back” to her husband goes and commits adultery.

So the word ‘trespass’ translated here, is ‘mahal’.

The LORD is speaking to the prophet Ezekiel.

“Son of man, when the land sinneth against me by TRESPASSING grievously, then will I stretch out mine hand upon it…….”

The Hebrew word translated once again here is “mahal”, a “scornful turning of the back”.

A WORD OF ASSURANCE

Before we go any further with this, we’d like to break with a “word of assurance”.

There is a BIG DIFFERENCE between “backsliding” and “falling away” or “parapipto”.

Backsliding opens the floodgates of God’s Mercy and Grace.

“Take heart in this invaluable Truth.”

And God “NEVER” gives up on a lost person.

We bring this point in here at this moment, because these Scriptures have been have been badly twisted out of context.

As a result, many who have stepped into Grace by believing faith are living in confusion and in constant fear of losing their salvation.

And we want to just stop here and tell you, “rest assured that “Your salvation is solidly secure as the “ROCK OF AGES” Himself.”

We will address this more comprehensively in the next article, which will follow shortly.

So stay with us as we take this journey through these vitally important Scriptures together.

“If You, Lord, should keep an account of our sins and treat us accordingly,
O Lord, who could stand? [Psalm 130:3]