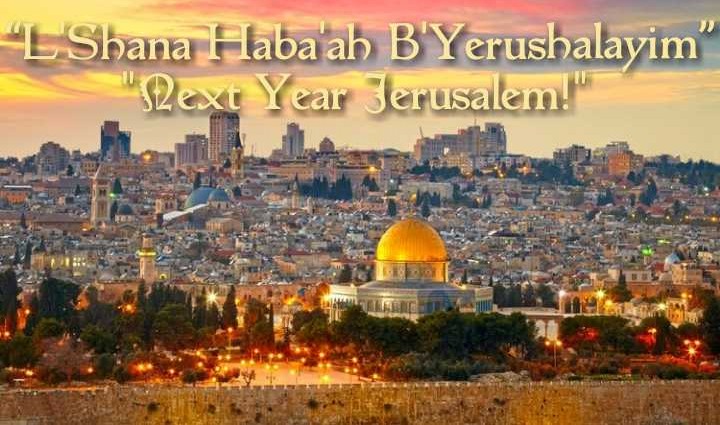 “THE POINT OF NO RETURN” Is An Idiom That Has Its Origins In World War II.

It is described as ‘the point’ in a flight when the airplane has consumed so much fuel, that it wouldn’t be enough to return to it’s base.

This aircraft would then have reached its ‘point of no return’, and would be committed to continue on to its end point.

Reaching a point of no return in our personal lives is a stark reality that can threaten each one of us.

And this point of no return, for the most part, comes when our lives are on a down hill trend.

Having thrown caution to the wind, we are hardened and consumed to the point where we just don’t care anymore.

We all in some way or the other have both known and witnessed this ‘point of no return’ in people.

We have seen and heard of such lives utterly destroyed.

To reach a point of no return is both a scary and sobering thought.

Hence it is worth taking stock of our lives from time to time, to check any such existing threat.

It is a big topic, but we’re sure you get ‘the point’.

But the point we want to make is this.

Rarely has one, though hard, yet with determined efforts, been able to turn around.

So it is possible.

However, when we are dealing with matters concerning our eternal destiny and the Living God, we need to give heed.

For so say the Scriptures, that there is “a point of no return”, where a ‘turn around’ is impossible.

And this is what we are going to be looking at.

For Us To Take Notice

We stress once again that this Book of Hebrews, though written to the Jews, yet contains so much for us to take notice of.

They contain ‘healthy warnings’, which for some today could be very timely, so we will do well to give heed.

For the one thing we do not want, is come to that critical point of no return.

That point where turning back or reversal is just not possible any longer.

If you feel that you may have already reached that point of no return and you’re reading this, we assure you that you certainly have not.

If you had, we believe this article would not be crossing your path.

Your hope, however diminished it may seem, is in fact, well and alive!

God has yet got your back and He’s on your case!

HE has not given up on you and neither should you.

SO we have the Apostle Paul here dealing with these Jews who had come out of Christ’s earthly ministry.

But they were still steeped in their old religion of Judaism, even though they had recognized Christ’s Messiahship.

They had accepted the Gospel of the Kingdom.

They knew all about “the word of the beginning of Christ”, which was HIS three and a half years of ministry to Israel.

These Jews, as Paul says, had been “enlightened” and had “tasted” of the heavenly gift.

They were even made “partakers of the Holy Spirit”, as ones ‘called alongside to help’.

The Apostle Paul tells them that they had “tasted the good Word of God” in [Hebrews 6:4-5].

They had also tasted of “the powers of the world (or the age) to come”.

This speaks of everything relating to Christ’s setting up His thousand year millennial Kingdom on earth.

This would be the beginning of eternity.

The whole Old Testament is full of promises of this earthly Kingdom that’s coming for the Nation of Israel.

And these Hebrews that Paul the apostle is addressing, had a pretty good handle on that.

Even today, secular Jews for the last 2,500 years approximately, have this favourite cliché among themselves out there in the Gentile world.

Because Jerusalem is going be the capital of that coming Kingdom.

And so they had a pretty good understanding on that.

But that didn’t save them, and does it not so today either.

They still must enter in through Paul’s Gospel.

So the point is that Israel did indeed have a good understanding of this “world (or age) to come”.

When Jesus Christ cast out demons and evil spirits, they were visible demonstrations and manifestations of that Kingdom power [Matthew 12:28].

This was something that had never been experienced or even heard of in Israel’s entire history as a nation.

There is not a single case of casting out of devils in the Old Testament.

They were familiar with all the great signs, wonders and mighty miracles of God, but never this.

This was new to them, which left them amazed, astonished and bewildered! [Mark 1:27].

And when HE sent out the seventy on their mission, they did the same for themselves and were excited [Luke 10:17].

They actually experienced and “tasted” of that power for themselves ‘first hand’.

And God had made a “valid offer” to the nation of Israel, which they sadly rejected.

So these Hebrews that Paul is addressing, had the enlightening, the taste and were partakers.

But they had not yet stepped into His Grace, which came by way of His “perfect finished work” on the cross.

And now the apostle Paul wants to warn them of a “dark sinister danger” that was lurking in the vicinity.

Before we get into that area of “dark sinister danger”, let’s take another look at “partakers of the Holy Spirit”.

We saw an example of King Saul in the Old Testament who was a partaker of The Holy Spirit, and how his end turned out to be bitter.

But now, we want to look at a couple of examples of those who were ”partakers” in the New Testament.

Apart from Jesus Christ, the next most famous man in all of human history would probably be none other than Judas Iscariot.

He turned out to be another apostate who ended up killing himself.

We all know the story of Judas. He was numbered with the Twelve.

Now for three years, what did Judas do?

He played the role.

The others never caught on that he was an unbeliever and a fake.

Judas is the most perfect example of a hypocrite in the whole human race.

He played the hypocrite for three years, and even carried the moneybag.

That’s how much they trusted him and yet he was never part of them.

He just simply played along, like so many do in Christendom today.

“Jesus answered them, Have not I chosen you twelve, and one of you is a devil?”

Jesus said he was a demon!

Well, he didn’t just become a demon in a month or so.

He was one from the beginning.

“He spake of Judas Iscariot the son of Simon; for he it was that should betray him, being one of the twelve.”

Now, Judas then becomes a good example of someone who was ‘enlightened’.

He tasted and he was a part of the ministry.

But what in finality did he do?

He turned his back on it and had nothing more to do with it, and betrayed the Saviour.

Let us look at an example in the apostle Paul’s ministry in this “Age of Grace”.

Paul is rehearsing the men that had been working with him in [Colossians 4:12-14].

These men were in his travelling party and were working with Paul in his evangelistic endeavours.

‘Demas’ was one of them, “Luke the beloved physician, and Demas, greet you”.

And now moving ahead to [2 Timothy 4:8-10], we see that the Apostle Paul is coming to the end of his ministry.

Paul now realizes that his life is coming to an end.

He will shortly be martyred and his ministry is over.

And so he’s writing his farewell letter to Timothy, .

“Henceforth there is laid up for me a crown of righteousness, which the Lord, the righteous judge, shall give me at that day; and not to me only but unto all them also that love his appearing”.

Then in [verse 10], there is a sad commentary as Paul says:

“For Demas (the same one he referred to in Colossians) hath (what?) forsaken me, having loved this present world, and is departed unto Thessalonica;… “

If we care to diligently study [2 Timothy 2:15] the epistles of Paul, we see the vitally important, “indispensable” centrality of the cross.

And the “god of this age” [2 Corinthians 4:4] has pretty much successfully managed to hide this centrality.

Christendom has now been rolling for the last two thousand years since the time Christ’s Hand-picked apostle, Paul came on to history’s stage.

And as it has rolled down to this time that we currently live in today, it has gathered a lot of moss.

Herein lies a shocking truth! Check this out for yourselves.

Most people within Christendom today, don’t even know what Paul’s Gospel of Grace is.

Go on! Put this to the test and ask your fellow Christians, and watch for the responses.

Then re-meditate once again on what this great apostle Paul says in [Hebrews 6:3].

“And this will we do, if God Permit”