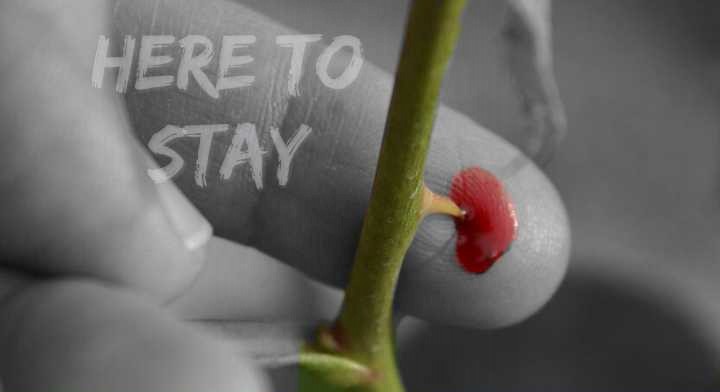 “The Prime Theme Word, Which Runs Through In The Book Of Hebrews On No Less Than Twelve Occasions, Is The Word “Better”.

What there was ‘before the cross’ was good, but now ‘after the cross’, what we have is “better”.

Jesus Christ’s earthly ministry to the nation of Israel “under the law” was good.

But now, after the cross His Heavenly Ministry from His position and place of Ascension “under Grace” is ‘better’.

The whole concept of the Gospel of Grace and the age of Grace didn’t just come out of the woodwork.

It all started there way back at creation in Genesis when Adam and his wife fell.

And God without wasting a moment killed an innocent lamb and covered them with His “Robe of Righteousness”.

The process of salvation for the entire human race to follow was under way.

And intricately weaving His way through ‘imperfect people’ for four thousand years, in “the fullness of time, God sent forth His Son”.

The very Person of the ‘Better’ had arrived on history’s stage to fulfill every thing that had transpired aforetime.

It was the Creator Himself, JESUS CHRIST of Nazareth.

[Hebrews 1:4] tells us that Jesus was made “so much better than the angels” and had “by inheritance obtained a more excellent name than they”.

And that “we are persuaded better things….. and things that accompany salvation…..” [Hebrews 6:9].

We stand on the promise that “without all contradiction the less is blessed of the better” in [Hebrews 7:7].

Then [Hebrews 7:19] shows us that “the law made nothing perfect, but the bringing in of a better hope did; by the which we draw nigh unto God”.

Talking of Jesus Christ in [Hebrews 7:22], how He was “made a surety of a better testament”.

The oath or the promise that God made to Abraham had greater strength and force.

That is why Jesus Christ could become the certain guarantee of a better covenant.

This resulted in a more excellent and more advantageous agreement, one that could never be replaced or annulled.

The writer tells us in [Hebrews 8:6] that Jesus Christ had “obtained a more excellent ministry”.

In other words, it was ‘better’ than the one He had while on earth.

And this ‘better’ ministry, which is His heavenly ministry, is the one that operates through Paul the apostle. It is where we are today.

He shows us how much also Jesus Christ “is the mediator of a better covenant, which was established upon better promises”.

And so the list goes on and just keeps getting ‘better’.

More preeminent in importance, is that the book of Hebrews points out “Who Jesus Christ really is”.

After all, the question above all questions in the universe is, “Who in the world is JESUS CHRIST?”

And that is also what this book of Hebrews is all about.

The Writer Of Hebrews

The anonymity of the author of the Book of Hebrews has plagued the minds of many.

We think Peter the apostle to the Jews makes it pretty clear as to the identity of the writer of Hebrews.

And this was none other than the great apostle Paul himself.

Peter’s sojourn on earth is coming to an end as he writes to the scattered Jews in [2 Peter 1:14].

“Knowing that shortly I must put off this my tabernacle, even as our Lord Jesus Christ hath shewed me”.

Peter is recalling his conversation with the LORD JESUS on the shores of the sea of Tiberias.

“When thou shalt be old, thou shalt stretch forth thy hands, and another shall gird thee, and carry thee whither thou wouldest not”.

Jesus Christ told him this, “signifying by what death he (Peter) should glorify God”.

We know from Church history as to what happened.

Peter was crucified upside down.

“Even as our beloved brother Paul also according to the wisdom given unto him hath WRITTEN UNTO YOU”.

We know that all of Paul’s epistles to the seven Churches from Romans to Thessalonians are written to believers.

The others are written to Timothy, Titus and Philemon.

So this letter that Paul wrote which Peter is referring to could well possibly be none other than Hebrews.

(Many may not agree, and that is ok, this isn’t a doctrinal point of contention, and we certainly don’t get to lose our salvation.)

The reason for this anonymity, we will address in a later article.

The whole concept of the Book of Hebrews is stepping out of ‘legalism’ into Grace by FAITH plus NOTHING.

This book was written primarily to Jews and that’s why it’s called the letter to the ‘Hebrews’, the title speaks for itself.

But these Jews were sitting ‘on the fence’ and had not made that total break from Judaism.

And so Paul here is attempting to convince these Jews to make that total break with their religion.

He is trying to convince them to put Judaism behind them with all their laws and rules and regulations.

And he is asking them to step out ‘by Faith’ plus nothing, into this whole concept of Grace.

So it is with every other religion on the face of this planet, for there is no saving power in them.

They look good, but are empty.

The entire human race needs to step into Grace that God has provided through the death burial and resurrection of His Son Jesus Christ.

The Book of Hebrews has no plan of salvation laid out like there is in Romans, Corinthians or Galatians.

It shows us that everything practiced under the Law was just simply precursors.

They were forerunners leading to where we are today.

It All Began At Creation

The concept of Grace is a progressive revelation, which began at the creation fall in Genesis.

It begins to take foreseeable shape when God calls out Abraham in [Genesis 12:1-3] with a promise.

“…..And in thee shall all the families (Jews and Gentiles alike) of the earth be blessed.

This “Amazing Grace” then worked itself through the Law under Moses and the prophets to a small village called Bethlehem.

And under a starry night in an animal stall, “in the fullness of time” the Saviour, Jesus Christ was born.

LIGHT had finally come into the world.

Indeed, “the Law was given to Moses, but Grace and Truth came by Jesus Christ”.

JESUS CHRIST set out on His mission for the next three and a half years having reached the age of thirty.

Having fulfilled every demand of the Law, this ‘Person of Grace’, like a lamb led to slaughter, went to the cross.

And after His death, burial and resurrection, Grace burst forth like water gushing out of a rock.

It had finally come to total manifestation and fruition in all its fullness.

The “BETTER” was here to stay.

The Messiah Rejected And Paul Raised

We know from the four gospel accounts that Israel rejected their foretold Messiah, Jesus Christ.

God in His foreknowledge spoke of it through Daniel the prophet in [Daniel 9:26], “shall Messiah be cut off”.

The pinnacle of Christ’s rejection by Israel came to a head in [Acts 7:57-60] when they stoned Stephen to death.

Introduced in these verses is the young man Saul of Tarsus, who later becomes Paul the apostle.

This was no coincidence!

For the next thing that God does is specifically raise up this apostle Paul to go out to the Gentile world.

HE sends Paul out with this tremendous Gospel of Grace, ‘without works’, ‘without the Law’, but by ‘faith alone’.

And most of Christendom still rebels at the thought that they can’t work for salvation.

They rebel just as much as the Jews did here in the time of Paul writing to the Hebrews.

Paul had many things to say to these Jewish believers, but they were “dull of hearing” as [Hebrews 5:11] points out.

He had graphically explained to them how Jesus Christ “became the Author of eternal salvation unto ‘ALL’ them that obey (believe) Him”.

HE tells them that by now they ought to have been teachers of the Word of God.

But “ye have need that one teach you again which be the first principles of the oracles of God”, Paul tells them.

“For every one that useth milk is unskilful in the word of righteousness: for he is a babe”.

“But strong meat belongs to them that are of full age”.

The Legalists Of Christendom

This is exactly where most of Christendom is today, for nothing much has changed.

There are people within the framework of Christendom who say, “I see it, but I cannot accept it”.

Or else they will say, “it does not mean that”, even though it is written with “great plainness of speech”.

These are people who are “dull of hearing” refusing to learn and understand the higher doctrines of Grace.

And yet being in their milk state condition, they want to be teachers and ministers of the Word.

The proverb, “Fools Rush In Where Angels Fear To Tread”  , perfectly describes them.

Steeped with a pride-filled legalistic mindset, instead of building, they shipwreck the faith of others.

These are people who are not comfortable with Paul the apostle for he shows them up for what they are.

He challenges their legalistic mind-set, intellectuality and their so-called opinions.

After all, when we think about it, that is exactly what JESUS CHRIST did during His three and a half year ministerial stint.

Paul had prayed to the LORD on three occasions that the “thorn in his flesh” be removed.

The LORD’S answer was a firm and categorical ‘NO’.

Is it not ironic that this same Paul today, is a “thorn in the flesh” to these legalists of Christendom?

We don’t know what their prayer is, but as far as the apostleship of Paul is concerned, the LORD’S answer to them remains unchanged.

He is not going to be moved or removed!

Paul the Apostle, this GRACE-FILLED “Thorn In The Flesh” is here to stay.