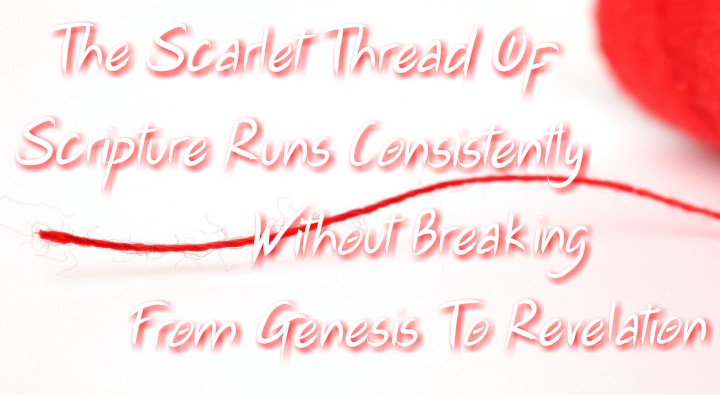 Part #3 of “THE FINAL STEP BEYOND THE CROSS”

“JESUS CHRIST has a ‘Heavenly Ministry’ today, which HE has revealed only through Paul, His designated apostle for this ‘Age of Grace’.

As ‘Grace Age’ believers we are called to follow this Heavenly Ministry, which is different from Christ’s earthly ministry.

We must know the difference, acknowledge it and embrace it by faith.

The ‘earthly ministry’ of Jesus Christ, ending with the cross, did not bring history to a close.

Rather, it birthed the beginning of something new, which is His ‘Heavenly ministry’, because of His Resurrection and Ascension.

And that ‘Heavenly ministry’ has now been going on for the last two thousand years.

A Most Important Statement

Christ’s Handpicked apostle for the Gentiles, Paul, made by direct revelation, probably the most important statement in all his epistles.

And yet this statement probably has been the most by-passed and most ignored in Christendom as a whole.

“Wherefore henceforth we know no man after the flesh”, he says in [2 Corinthians 5:16].

In other words Paul is saying that, “we regard no one from a human point of view”.

“Yea”, he continues, “though we have known Christ after the flesh…….”, referring to His earthly Ministry.

In other words, “even though we once did estimate Christ from a human viewpoint and as a man”.

“Yet now henceforth” Paul says, “know we Him NO MORE”.

Jesus Christ is no longer on earth.

He finished His earthly Ministry, and today sits at the Right Hand of God in Heavenly Ascension.

It is from that place of position and power that He is conducting His “Heavenly Ministry”.

We receive our instructions from HIM through the epistles of Paul.

Have we today, also known Christ “after the flesh”?

Yes we have, if we have read and studied the Gospels of Matthew, Mark, Luke and John.

We cannot and must not by-pass that process.

BUT NOW, like Paul, we don’t know Him that way any more, according to His earthly ministry.

We know JESUS CHRIST Resurrected, Ascended and seated at the Right Hand of God the Father and follow His Heavenly Ministry.

It does not get simpler and bigger than that.

Christ’s earthly ministry deals with Israel, God’s ‘earthly body’, in fulfillment of the prophetic promises, made unto their fathers.

Paul says in [Romans 15:8], “Now I say that Jesus Christ was a minister to the circumcision…..”

The linking verb, ‘was’ is past tense.

That means Jesus Christ now is ‘no longer’ playing that role.

The Jews, the nation of Israel, were “the circumcision”. No Gentiles there!

Now Paul gives the reason, “…… for the truth of God, to confirm the promises made unto the fathers”.

Jesus Christ was under a covenant obligation.

How plain, simple and clear that is! There is no confusion here.

Paul says it’s, “according to the revelation of the mystery, which was kept secret since the world began” [Romans 16:25-26], “now is made manifest”.

The word ‘now’, used here refers to the present and is an ‘adverb of time’.

Paul is saying that it’s ‘now’ all been revealed “according to the commandment of the Everlasting God”.

And now we are all called to the “obedience of faith”.

This is our mandate.

The big question is, have we understood and laid hold of this truth?

For this has to do with that ‘final step beyond the cross’.

Jesus told His disciples that HE had many things to tell them, but they would not be able to take it.

What was HE talking about?

When Jesus Christ got hold of His disciples in [Luke 18:31-34], HE spoke to them of His death, burial and resurrection.

But, “they understood NONE of these things”.

Luke tells us the reason. For “this saying was hid from them, neither knew they the things that were spoken”.

“Howbeit”, Jesus tells them, “When the Spirit of Truth (the Holy Spirit), is come, He will guide you into all truth”.

This Promise was fulfilled on the day of Pentecost in [Acts 2:1-4].

This was also in accordance with the prophecy made by Joel in the Old Testament [Acts 2:16-18].

All prophecy in the Old Testament Scriptures was predominantly for the nation of Israel.

All the covenants with its promises belonged to Israel, not to the Church.

There is ‘no prophecy’ or covenants concerning the Church, the Body of Christ.

For the Body of Christ was always a ‘hidden mystery’ in the mind of God since the world began [Romans 16:25].

After Pentecost in [Acts 2:1-4], God is going to spend the next seven years dealing with the nation of Israel.

There are going to be no Gentiles on the scene.

The first eight chapters in the book of Acts is God dealing “ONLY” with the nation of Israel.

HE is giving them every opportunity to believe that Jesus of Nazareth was indeed the Messiah.

The Man they crucified, God had raised from the dead after three days and He was alive.

From Peter to Stephen and all those in between, are trying to reach out to their nation, but in vain.

Israel will just not have it; they will not have this Man to be their King.

The stoning of Stephen displayed their total and venomous rejection of the message.

That’s it! God sets them aside for a season and then turns to the Gentiles through Paul the apostle.

Did God just do that on the spur of the moment because now HE had had enough of Israel?

Everything was going along perfectly according to Heaven’s Agenda, “the determinate counsel and foreknowledge of God” [Acts 2:23].

Man Never Left Without A Gospel

God has NEVER left sinful man in any dispensation without a Gospel, the good news with instructions, pertaining to his salvation.

And embedded in these instructions was a blood sacrifice, symbolically representing Calvary’s Grace.

“Without the shedding of blood there is no remission of sins” [Hebrews 9:22].

This is one of the “ABSOLUTES” of Scripture.

What started in the Garden of Eden, when God clothed Adam and Eve with Lamb’s skin ended on Calvary’s Hill.

Everything from now to eternity would rest in that finished work of Calvary.

The “Scarlet Thread” of Scripture runs consistently without breaking, from Genesis to Revelation.

What Gospel? Is The Question

What Gospel are we to believe today, is the question in question.

A Gospel is simply ‘good news’ for man to accept God’s way of salvation and escape His coming wrath.

God has always provided for that, for it is impossible for man to get it in his own merit.

That has never cut ice with God and never will.

Salvation belongs to God and not to man as the Scriptures clearly indicate in [Psalm 3:8] and [Psalm 62:1].

Any other way is man’s prideful religious effort and will never make any inroads whatsoever.

Paul tells us in the second half of [Galatians 3:8] that God preached the Gospel, the good news to Abraham.

HE said to Abraham in [Genesis 12:3], “in thee shall all the families of the earth be blessed”.

This promise of the Gospel was still future.

God was declaring the “end from the beginning” as the first half of [Galatians 3:8] indicates.

“And the Scripture, foreseeing (that’s future) that God would justify the heathen (Gentiles) through faith, preached the Gospel to Abraham”.

God was looking down two thousand years into the future at us today when HE spoke to Abraham.

The promise made to Abraham was to involve a process.

The law had to come in and take its place as a part of that process.

“Wherefore then serveth the law?” Paul writes, as he explains its purpose [Galatians 3:19], “It was added because of transgressions”.

God raised up Moses for this ministry, and gave him the Law on the “Mountain Top of Sinai”.

Although given to the nation of Israel, the law was also to show and declare the whole sinful world guilty.

Paul in [Romans 3:19] says, “that every mouth may be stopped, and all the world may become guilty before God”.

However, it was only for a season, till Jesus Christ came in fulfillment of that Law.

“But when the fullness of time was come” says Paul in [Galatians 4:4-5], writing by the revelation of Jesus Christ.

“God sent forth His Son, made of a woman, made under the law”.

AND NOW, the next brilliant part of Paul’s revelatory statement is the fulfillment of that promise made to Abraham.

“To redeem them (Israel) that were under the law, that we (you and I today) might receive the adoption of sons”.

Indeed, the promised blessing was to come to all families of the earth.

Calvary was the promise fulfilled spoken of in [Genesis 22:12].

This was the real thing.

Everything in the Old Testament was a shadow up until this point.

God had told Abraham to sacrifice his ‘only son’.

But God stopped the sword from coming down in [Genesis 22:12].

“Lay not thine hand upon the lad, neither do thou anything unto him”.

God sent His Son to the cross to be sacrificed thousand years later.

And this time, GOD did not stop the sword from coming down.

The sacrifice was made and the mystery Gospel was birthed, which was revealed to us through none than the Apostle Paul.

According to the Scriptures, “Jesus Christ died for our sins, was buried and rose again for our justification” [1 Corinthians 15:1-4] and [Romans 4:25].

The blessing was here to stay!