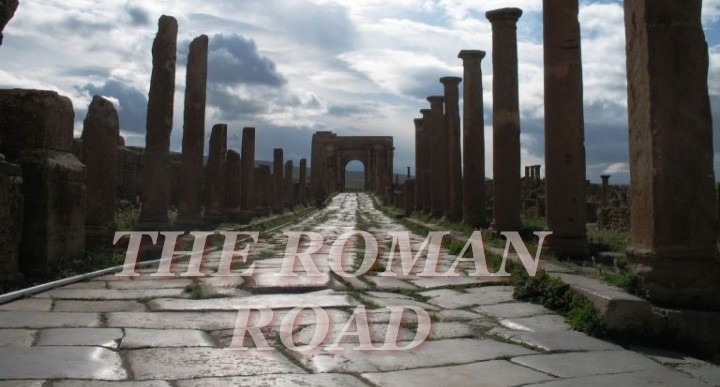 “What shall we say then?” is exclusively the language of the great apostle Paul in all of Scripture.

We will not find it anywhere else in Scripture from Genesis to Revelation.

This “question phrase” belongs only to Paul, “the apostle of the Gentiles” [Romans 11:13].

Paul uses this phrase ‘six times’ and ‘ONLY’ in the book of Romans.

Now is that not interesting?

I think that maybe this is a good place to dig and see what priceless treasures we can uncover.

Let’s first take a look at some of the reasons maybe why.

FIRST of all Paul, a Jew, a Pharisee from the tribe of Benjamin, was also a natural born Roman citizen.

He was “Saul of Tarsus” and Tarsus was the capital of the province of Cilicia during the Roman Empire [Acts 22:3].

Roman citizenship was worth its weight in gold in those days. It was the most coveted citizenship.

The chief captain of the Roman centurions guarding Paul, had to buy his Roman citizenship “with a great sum” of money [Acts 22:27-28].

SECONDLY, in [Acts 22:3], we also see that Paul had the best Theological education “at the feet of Gamaliel”.

Gamaliel was the greatest, the most renown and highly respected teaching Rabbi at the time.

In our understanding today, Paul would have had a doctorate in Jewish Theology six times over.

That is how qualified he actually was.

Paul gives us a brief insight into his “Curriculum Vitae” in [Philippians 3:5-6]:

“Circumcised the eighth day, of the stock of Israel, of the tribe of Benjamin, an Hebrew of the Hebrews; as touching the law, a Pharisee;

Concerning zeal, persecuting the church; touching the righteousness which is in the law, blameless”.

This was before Paul had a crashing encounter with The Ascended Lord Jesus Christ on the road to Damascus.

But after his encounter and getting to know the LORD of Glory, this is what he thought of his “Curriculum Vitae”:

“But what things were gain to me, those I counted loss for Christ” [Philippians 3:7].

And in the next [verse 8] Paul says this:

“I count all things but loss for the excellency of the knowledge of Christ Jesus my Lord”.

The knowledge of the LORD took total preeminence in his life as he continues to tell us:

“…..for Whom I have suffered the loss of all things, and do count them but (what?) dung, that I may win Christ”.

This is what a “living encounter” with the LORD JESUS CHRIST can do to a man. Nothing else seems to matter any more.

Paul was a member of the Sanhedrin, the supreme court of the Jewish religious order, before he met the LORD.

So he was a powerful man and well connected in high places.

He was out to arrest all the Christ believing Jews, both men and women, and bring them bound to Jerusalem.

Paul had all the letters of authority from the Sanhedrin to back him up.

In addition, the Sanhedrin carried a lot of clout with the Roman authorities.

The Romans had a lot of respect for Judaism, the Jewish religious faith.

So Paul was able to extradite those Christ believing Jews back to Jerusalem without much problem at all.

He was really on a mission to “stamp out” the Name of Jesus, off the face of the earth.

BUT, Heaven had Paul marked.

In [Acts 9:3-6], Paul remarkably discovers that the God he’d been worshipping his entire life was the very God he was persecuting.

On the road to Damascus, the Ascended Lord Jesus Christ stops him in his tracks and saves him.

And HE then commissions Paul to be the apostle of the Gentiles.

In the Gospel accounts of Matthew, Mark, Luke and John, Jesus chooses His twelve disciples / apostles.

And HE chose them ‘within’ the borders of Israel, on ‘Jewish’ ground.

However, when Christ Jesus chose Paul on the road to Damascus, it was ‘outside’ the borders of Israel on ‘Gentile’ ground.

And Damascus was “ROMAN” territory. It was part of the Roman Empire.

This was no coincidence!

It was highly significant and was all “Divinely planned”.

“For ye have heard of my conversation (manner of living) in time past in the Jews’ religion”.

He continues, “how that beyond measure I persecuted the church of God, and wasted it”.

Paul was determined to destroy this Jewish Church.

HE then briefly recalls his background:

“And profited in the Jews’ religion above many my equals in mine own nation, being more exceedingly zealous of the traditions of my fathers”.

Then understanding God’s will and purpose for his life, he states his commission:

“But when it pleased God, who separated me from my mother’s womb, and called me by His Grace”.

“To reveal His Son in me”, says the apostle, “that I might preach Him among the heathen (the Gentiles)”.

FOURTH, It Is A Roman Road To Salvation

Paul then goes on to tells us that, “it is the power of God unto salvation to every one that believeth”.

This Gospel which saves, is emphatically stated in [1 Corinthians 15:1-4]:

“How that Christ died for our sins according to the Scriptures”.

“And that he was buried, and that he rose again the third day according to the Scriptures”.

We then find that first step of entry at the door of salvation in [ROMANS 3:23].

It is the humble acknowledgement that, “all have sinned, and come short of the glory of God”.

When we believe God’s Word pertaining to this sin condition of ours, we take that first vital step to salvation.

Then as we move down to [ROMANS 10:9], Paul tells us to verbally acknowledge Jesus Christ.

“That if thou shalt confess with thy mouth the Lord Jesus”.

This is exactly what Paul (Saul of Tarsus) did when he had that crashing encounter with Christ Jesus.

“Who art Thou LORD?” was that instant questioning confession, which came out of his mouth first in [Acts 9:5]. Paul acknowledged Jesus Christ as “LORD”.

Continuing in [Romans 10:9], the apostle Paul tells us to just ‘believe’ in our heart.

“……..and shalt believe in thine heart that God hath raised Him from the dead, thou shalt be saved”.

Paul Sums It Up

Paul sums it up simply and beautifully in [ROMANS 10:10].

“For with the heart man believeth unto righteousness; and with the mouth confession is made unto salvation”.

It really is as simple as that.

And Scripture categorically states here in [ROMANS 10:11] that, “Whosoever believeth on Him (Christ Jesus) shall not be ashamed”.

Then Paul gives the universal invitation in [ROMANS 10:13], “For whosoever shall call upon the name of the Lord shall be saved”.

“Whosoever” includes all men and women anywhere and everywhere, irrespective of caste, colour, creed, nationality or religious back ground.

Note, there is no so-called “sinners prayer” here. There is no such thing and Paul the apostle never advocates that.

There is just ‘one word’ that he advocates which captures the Heart of God.

INDEED! It is a ROMAN road to salvation.

“What shall we say then?”

Stay tuned as we take this into Part #2 shortly